Chief of the British Armed Forces Nick Carter warned the British military must be prepared for war with Russia. He added that Russia is now a bigger threat in eastern Europe than it was eight years ago.
Ummatimes - Carter's remarks were motivated by tensions between Poland and Belarus over the issue of migration supported by Russia. In addition, Russia is also deploying troops on its border with Ukraine. Former MI6 officer Christopher Steele told local media Russia believed it was at war with Britain and its allies.
In response to Steele's remarks, Carter told Sky News that Russia may regard the global strategic context as an ongoing struggle. They will apply all instruments of national power to achieve the goal.
"But in doing so, (Russia) doesn't want to bring about a heated war. So, yes, I think he (Steele) is right. The question, of course, is how do you define war and I, as a soldier, would tend to define war as actual combat and combat action, and I don't think they want that. I think they want to try and achieve their goals in a more nuanced way," Carter said. 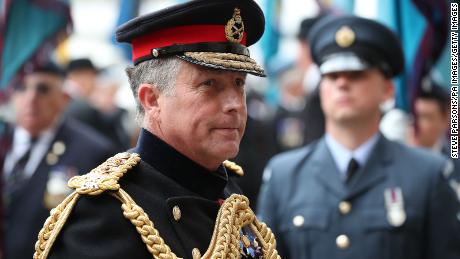 Speaking to the BBC, Carter said Russia was using a hybrid playbook linking disinformation to destabilization. Including the idea of ​​pushing migrants to EU borders. Responding to whether the situation in eastern Europe could develop into a heated war, Carter gave the answer.
"I do not know. I think we have to be vigilant and ensure prevention. Critically we must ensure that there is unity within the NATO alliance and that we do not allow gaps to exist in our collective position," Carter said.
Carter said the world today is much more competitive than it was 10 or 15 years ago. According to him, competition between states and great powers leads to greater tensions. "And I think tension is something to look out for," Carter said.
According to Carter, initially the world was only centered on two axes, namely the Soviet Union and the West. Then it developed into many axes and the United States (US) became a leading country in various fields. Carter argues that the world is now entering a multi-axis period.
"I think in a multi-axis world, people are competing for different goals and on different agendas so there's a greater risk of tension leading up to the things that are being discussed," he said.
Carter will step down as head of the armed forces at the end of the month. He will be replaced by Admiral Sir Tony Radakin who is the naval commander.