The editor-in-chief of the Islam21c website, Salman Butt, said labeling something as extremist is a philosophy of stupidity and tribalism. In 2015, Butt was accused by the British government of being an extremist preacher, and has faced legal battles for the past six years. Britain has apologized and pleaded guilty to the allegations.
"The problem with the word extremism is that it lacks objectivity. And it's just a meaningless term now, and this is what we've learned over the last six years," Butt said.
Ummatimes - Butt recalled the first time he saw his name along with several others who were labeled as extremists. He said that, at the time, he thought his photo had been misused.
"I just realized they used my picture there first; I thought maybe it was someone else with the same name. And it was just using my picture. But then, when I read further, it was actually referring to me, and it was shocking." , said Butt. 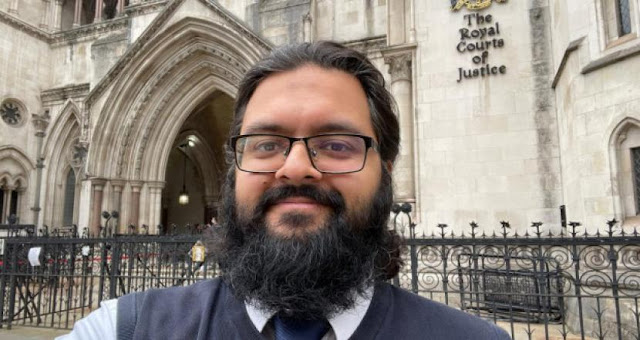 After that, Butt filed two lawsuits, namely a case of defamation, false accusations, and a public lawsuit. He filed a public lawsuit aimed at showing why the government labels people as extremists, and what their definition is. This includes showing that the government is monitoring individuals, and making decisions about who and where they can speak.
Butt says more and more people are realizing that the word extremism doesn't really mean anything. However, he considered that the embedding of the term was very subjective.
"This is part of the reason why the government tried to keep it, and then they just gave up and had to apologize, for not having a solid operational definition," Butt said.