Two Filipino ships carrying food supplies for troops in the Second Thomas Shoal area were allegedly blocked by the Chinese coast guard with water cannon fire. There were no injuries in the incident.
Ummatimes - The Philippines said a Chinese coast guard vessel blocked two of their vessels and fired a water cannon in the South China Sea on Thursday.
The Philippine ships were carrying food supplies for soldiers stationed in the disputed Second Thomas Shoal area, which the Philippines calls the Ayungin shoal. There were no injuries in the incident.
Philippine Foreign Secretary Tedoro Locsin strongly condemned the incident in the South China Sea, saying it "threatened the special relationship between the Philippines and China." He added, "The actions of the Chinese coast guard ship are illegal," in a Twitter thread. 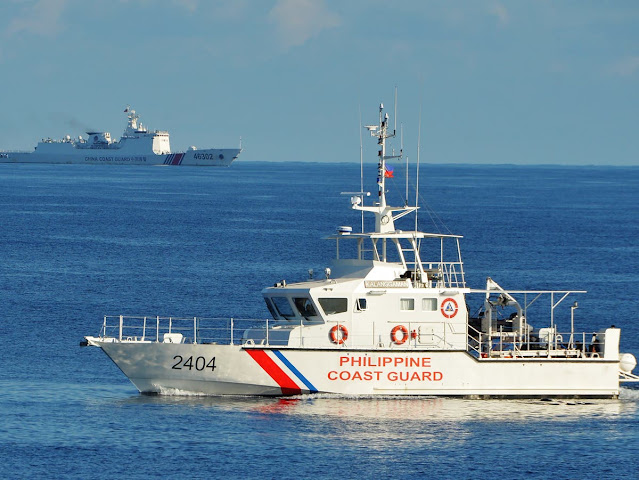 Disputes in the South China Sea

Ayungin Shoal, also known as the Second Thomas Shoal, is located 194 kilometers west of the Philippine province of Palawan and is within the country's 200 nautical-mile exclusive economic zone.
Travel to deliver food supplies to troops or rotate personnel on duty was commonplace and there had never been any obstacles before.
National Security Adviser Hermogenes Esperon told reporters in Manila that his government would deploy Philippine coast guard vessels and the bureau of fisheries and marine resources to support Philippine troops and enforce Philippine fishing laws at Ayungin Shoal.
Esperon also added that the number of Chinese reconnaissance vessels had increased in the region. "We will continue to supply supplies and we don't need to ask anyone because it is within our territory," he said.
There was no immediate comment from Beijing. These territorial disputes are frequent in the South China Sea where China, the Philippines, Vietnam, Malaysia, Brunei and Taiwan are at odds.
The United States, which has no claim to the waterway, is known to patrol the region looking for allies, including the Philippines.