China continues to maintain good relations with Islamic countries.
Ummatimes - Some time ago, China declared its cooperation and commitment to building Afghanistan under the control of the Taliban government. Now China is starting to approach Palestine, which has been known to be in conflict with Israel.
In this regard, Turkey's Istanbul hosted the first international conference to discuss China's relations with Palestine. The conference was held on Saturday (30/10/2021). The conference was attended by experts and academics from all over the world. 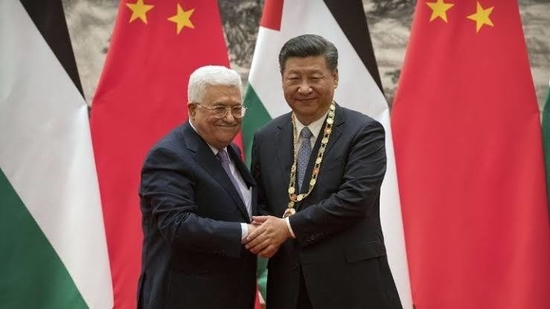 In addition to China and Palestine relations, the conference also discussed China's role and impact on the Palestinian-Israeli conflict.
This one-day conference is organized by the Middle East Asia Forum.
"This conference will elevate the historical China-Palestinian relationship and stand on the most important political and cultural ties," said the organizers of the Asia Middle East Forum, citing Anadolu Agency on Monday (11/8/2021).
There were 16 speakers, including speakers from China who attended the International Conference.
They discussed China's support for Palestinian independence.
"(Support) Against the (Israeli) occupation (of Palestine) and the impact of the US-China conflict on the Palestinian cause," the organizers said.
Other topics are also covered.
Such as China's vision and strategy and the nature of its rise and development role at the West Asian level.
"The debate will also anticipate China's role in efforts to reach a just and comprehensive solution to the Palestinian issue," the organizers explained.
"The conference will also discuss the Palestinian vision of China's role in the Middle East," he added.
China itself is known to support Palestinian independence from Israel.
They promised to continue to oversee the process.
This support is expressed repeatedly, especially when the conflict between the two countries is heating up, and the United States (US) is 'pairing up' to defend Israel.
"We will continue to firmly support the Palestinian people in their just efforts to restore their legitimate rights and establish an independent state. China will continue to play a positive and constructive role to date," said a foreign ministry spokesman. China, Wang Wenbin addressing Israel's diplomatic normalization with the United Arab Emirates (UAE) and Bahrain, Monday (14/9/2020).
Chinese Ambassador Zhang Jun at the UN Security Council on Wednesday (22/7/2020), also said Chinese President Xi Jinping, called his country a 'sincere friend of the Palestinian people'.
This was conveyed in response to China's concerns over Israel's continued annexation of the Palestinian territories.
Relations with the Taliban
As is known, China became the first country in the world to want to establish good relations with the Taliban, the new ruler of Afghanistan.
Spokesman for the Chinese Ministry of Foreign Affairs, Wang Wenbin, said that China respects Afghanistan's "sovereignty, independence and territorial integrity".
The Chinese government's statement came after a new Afghan government filled with "Taliban figures" was finally formed.
This also answers many questions regarding China's response to the formation of a Taliban government.
Quoted from the Russia Today page, Wednesday (9/8/2021), Wang Wenbin stressed that China supports the Afghan people to "self-sufficiently choose the path of development according to their own national conditions" without interfering in the country's internal affairs.
Wang also added that the formation of an interim government is needed to restore internal order and post-war reconstruction, after more than three weeks of "anarchic actions" following the takeover of Afghanistan by the Taliban militant group.
The takeover that eventually led President Ashraf Ghani to flee the country.
Wang expressed hope that war-torn Afghanistan could build a 'broad and inclusive political structure' and be able to make moderate and stable domestic and foreign policies.
Wang's remarks came shortly after the Taliban's announcement on Tuesday that they had appointed top government officials.
Interestingly, several ministers who have just been appointed are included in the United Nations (UN) Security Council sanctions list.
Meanwhile, Afghanistan's acting interior minister, Sirajuddin Haqqani, is considered an international terrorist by US authorities and is wanted by the FBI, offering a $5 million reward for anyone who catches him.
It is worth noting that several countries and institutions around the world have taken a tougher stance against the Taliban leadership.
British Foreign Secretary Dominic Raab said on Friday that Britain would not recognize the Taliban government.
However, he stressed that it was time to 'work' with the group to discuss issues such as safe evacuation, and 'face the new realities in Afghanistan'.
While on the other hand, China was dubbed the 'main partner' of the Taliban by the insurgent group's spokesman, Zabihullah Mujahid.
This was conveyed in an interview with the Italian newspaper La Repubblica last week.
Mujahid even praised China's plans to invest in Afghanistan.