This is China's invitation to the South China Sea Region

China invites countries in the South China Sea to cooperate in the climate and maritime fields. Chinese Foreign Minister Wang Yi invited countries in the region to uphold multilateralism to maintain order at sea.
"We must jointly support maritime connectivity and free trade to maintain the stability of transportation routes and industrial chains. We must develop and utilize marine resources to deal with global warming," Wang said during a speech via video application at the Symposium on Global Maritime Cooperation, Wednesday. (10/11/2021)
Ummatimes - The symposium, which was held in Sanya, Hainan Province, was attended by around 800 representatives from 30 countries.

1. The sea cannot be used as a tool for seeking power

Wang Yi emphasized that the seas and lands are not competitive arenas. According to him, the ocean cannot be used as a tool to seek unilateral power globally. 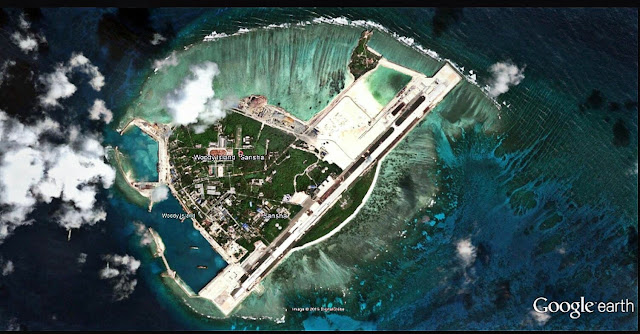 "We oppose countries using their muscles in the oceans, forming certain cliques, and violating the rights of other countries to maintain maritime hegemony," Wang said.

2. China claims to have never used the ocean for invasion

In the opening speech of the symposium, the assistant foreign minister, Wu Jianghao, said that China had maintained maritime peace. According to him, the Bamboo Curtain Country has never used the ocean for invasion or expansion.
"We ask that troops outside the South China Sea area respect the wishes of countries in the region rather than arbitrarily violating the sovereignty and security of regional countries, causing trouble, creating disputes, or disrupting peace and stability in the South China Sea," he said.

3. Indonesia has rejected China's claims in the South China Sea so far

So far, Indonesia has expressed a firm stance regarding the issue of the South China Sea, namely rejecting all border claims, both land and sea, which have no legal basis. The Minister of Foreign Affairs of the Republic of Indonesia, Retno Marsudi, said that Indonesia's stance refers to international law, including the 1982 United Nations Convention on the Law of the Sea, UNCLOS.
Last year, during a meeting between Retno and Wang Yi, Indonesia reminded China to comply with UNCLOS. One of the regulations in it is respect for the 370 kilometers of Exclusive Economic Zone (EEZ) owned by archipelagic countries.
Meanwhile, China has claimed rights to the South China Sea through what it calls the nine-dash line. China's claim of ownership of the South China Sea is based on historical aspects without any legal basis.