The Chinese Communist Party held a closed plenary meeting in preparation for the 20th Communist Party congress. Chinese President Xi Jinping is believed to be president for a third term.
Ummatimes - Top leaders of China's ruling Communist Party on Monday (08/11) began a landmark meeting that is expected to further strengthen President Xi Jinping's grip on power.
About 400 members of the party's powerful Central Committee gathered in Beijing for a four-day plenary held behind closed doors.
China's official Xinhua news agency said Xi opened the meeting with a work report and "an explanation of the draft resolution on the great achievements and historical experiences" for the party through its 100-year history. 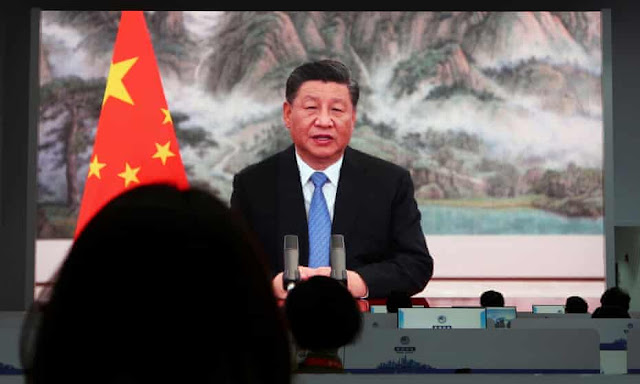 The resolution will set the stage for next year's 20th Party Congress, where Xi is believed to be declaring he will serve a third term, cementing his position as China's most powerful leader since Mao Zedong.
What is Xi Jinping's leadership like?
State media praised Xi's leadership ahead of this week's meeting. Xinhua reported that Xi was “a man with deep thoughts and feelings, a man who inherited a legacy but dared to innovate, and a man who had vision for the future and was committed to working tirelessly.”
Xi's tenure was marked by a widespread anti-corruption crackdown, repressive policies in regions such as Xinjiang, Tibet and Hong Kong, and an increasingly assertive approach to foreign relations.
He has also created a cult of leadership that tempers criticism, eradicates opponents and introduces his own political theory known as Xi Jinping Thought to school students.
Xi recently launched a "co-prosperity" campaign, designed to tackle wealth inequality and tighten oversight of domestic business giants.
The Central Committee resolution will mark the third of its kind in the history of the Chinese Communist Party.
China removed the presidential term limit in 2018. This could potentially keep Xi at the top of power for the rest of his life. He is expected to be reappointed as party leader through a highly non-transparent process at next year's party congress, an event held every five years.
Xi has expressed his thoughts through his public statements, and statements about the party's history are not expected to come as a surprise, said Yang Yang, a professor in the School of Political Science and Public Administration under the Chinese University of Political Science and Law.
"This will emphasize a new era of Communist Party rule under Xi's leadership and it will lay the groundwork for Xi to emulate Mao and Deng and lay the groundwork for Xi to continue to rule for the future," Yang said.
Religious groups and human rights activists are suppressed
A decade after taking over, Xi has no rival within the party. He has consolidated power with stable economic oversight, a firm foreign policy, massive military upgrades and a crackdown on corruption that has ensnared officials.
At the same time, however, religious groups and human rights activists have been pressured by crackdowns. More than one million members of the Muslim minority group were subjected to mass detention and political indoctrination.
Freedom of speech and opposition politics have also been severely curtailed in the southern semi-autonomous city of Hong Kong and the military threat is mounting against Taiwan.
China says the measures are necessary to maintain national stability and sovereignty.