Chinese military forces hold drills near Taiwan. This exercise is in response to the visit of the United States (US) congressional delegation to Taipei.
"The exercises in the Taiwan Strait area are a necessary measure to safeguard national sovereignty," China's Ministry of Defense said.
Ummatimes - China's Ministry of Defense did not provide details on when the drills took place, how many troops were deployed in the drills, and the location of the exercises. The Ministry of Defense said the joint war readiness patrol by the Eastern Theater Command was prompted by the very wrong actions of other countries regarding the Taiwan issue.
An unnamed Chinese Defense Ministry spokesman strongly condemned the US congressional visit to Taiwan. "No one should underestimate the People's Liberation Army's strong determination to safeguard the national sovereignty and territorial integrity of the Chinese people," the spokesman said. 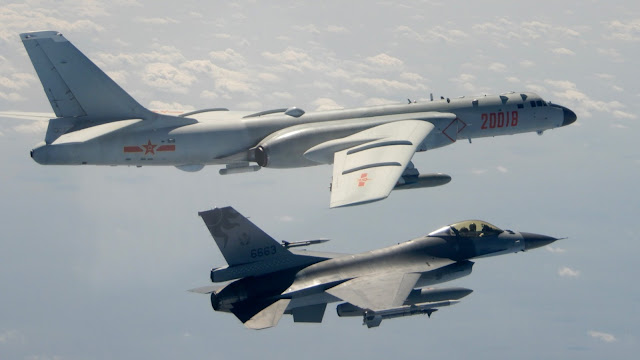 China claims Taiwan as its sovereign territory. The two sides split in the middle of a civil war in 1949. Relations between China and Taiwan became increasingly strained as Taiwanese President Tsai Ing-wen sided with independence and democracy.
In early October, China sent 149 military aircraft to southwest Taiwan in strike group formation. This caused Taiwan to activate its air defense missile system. Taiwan's Ministry of Defense said such tactics were aimed at weakening Taipei's defenses and demoralizing.
In Washington, Pentagon spokesman John Kirby said congressional visits to Taiwan were relatively common and in line with US obligations under the Taiwan Relations Act. The law requires the US government to ensure Taiwan has the capability to defend itself.
The US delegation arrived in Taipei on Tuesday (9/11) night aboard a C-40 Clipper jet. Kirby said traveling on US military jets was customary for congressional delegates. Details regarding the members of the delegation and how long they plan to stay in Taiwan were not announced.
According to Taiwanese Foreign Ministry spokeswoman Joanne Ou, the ministry has been working with the American Institute in Taiwan which is the de facto US Embassy on visiting arrangements. But he did not provide further details. He said more information would be released at an appropriate time.
The US switched diplomatic ties from Taipei to Beijing in 1979. The US maintains strong informal political and military ties with Taiwan. Taiwan also enjoys strong bipartisan support in Congress and the US government through high-level visits and military sales.