Turkish public broadcaster TRT World will on Friday start showing a documentary exposing France's operations to support the terrorist organization Daesh, also known as ISIS, through cement giant Lafarge.
Ummatimes - A press release from TRT World on Thursday said the documentary The Factory will "uncover the evil networks behind international terror financing", on the sixth anniversary of the 2015 Paris terror attacks, on TRT News, TRT World and TRT Arabi.
The documentary is the result of a two-year investigation and analysis of more than half a million documents, the channel said in a statement. They added that the film reveals one of the darkest phenomena of the Syrian War. 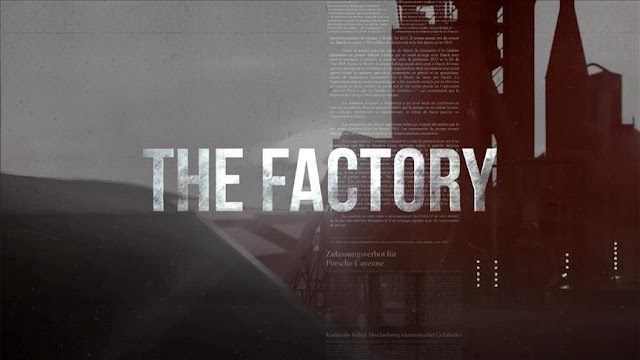 The film details why the French cement company Lafarge decided to stay in Syria and keep its factories operating during the war. How EU funds were diverted to DAESH and PKK, on ​​purpose and cover up French intelligence services. Steps taken by French politicians and intelligence services to save Lafarge from legal proceedings and how the process of funding Daesh in Syria ultimately financed the 2015 Paris attacks.
The Factory documentary also includes interviews with figures such as former head of the directorate general of external security Alain Julliet, former finance minister Michel Sapin, former French ambassador to Syria Michel Duclos, former French parliamentarian Gerard Bapt, and "intelligence and security specialists." France, lawyer, former Lafarge employee and victim of the Paris attacks".
The film is produced by the Exclusive News and Content Department of TRT World. Abdulkadir Karakelle is the executive producer and director, Omer Faruk Tunc is the producer, and Guray Ervin is the cinematographic director.

Documents obtained by Anadolu Agency show that Lafarge informed French intelligence services about his ties to the Daesh/ISIS terror group.
The documents reveal how Lafarge, who is accused of being involved in crimes against humanity for funding Daesh/ISIS operations in Syria, has links to terror groups that French intelligence is fully aware of.
French agencies, according to the data obtained, use the Lafarge network to obtain intelligence in the region and maintain their operations.