Five hospitals in Limburg, the Netherlands, on Tuesday (9/11), asked the government to take new steps to suppress the spike in COVID-19 cases. The hospital said it no longer had the space or staff to take care of more COVID-19 patients.
Ummatimes - COVID-19 infections in the Netherlands, as in other European countries, are at record highs despite adult vaccination rates of around 85 percent. Last week, Dutch Prime Minister Mark Rutte announced a number of new measures to stem the spread of the virus, two months after removing social distancing rules.
The new measures include the re-enactment of the use of masks in shops and the expansion of the use of proof of coronavirus vaccines. Cases continue to grow and the Dutch Institute of Health (RIVM) is due to release new infection data on Tuesday, possibly shifting the record 12,997 cases recorded on December 20. 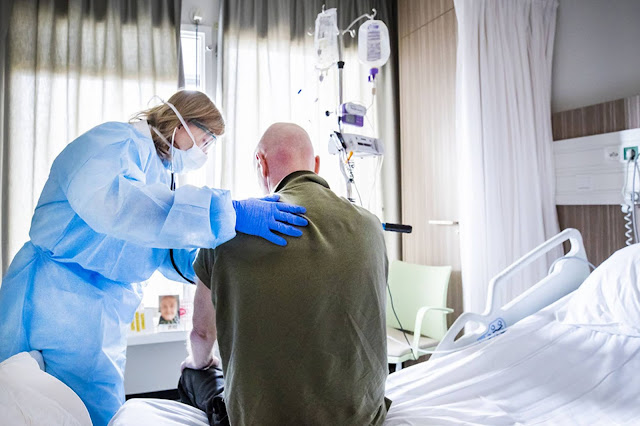 "We are heading for a health disaster and now the whole system is stuck," the five hospitals wrote in a letter to the Dutch government.
"We believe other (hospitals) in the Netherlands will soon follow us," added a statement from the hospital.
The five hospitals urged new measures, including immediately starting booster vaccinations for the elderly and vulnerable patients. Rutte's government said it would provide a booster dose for seniors over 60 years old at least six months after the last dose. His government will announce whether to take any new steps at an upcoming press conference.