Egyptian singer Mohamed Ramadan caused a stir on social media. She appears "half-naked" while wearing a headdress during a concert in Riyadh, Monday (1/11).
Ummatimes - At that time, Ramadan sang the lyrics of "I am the King", as he was seen wearing no top, except for the purple cloth under the Saudi Arabian agal (a headdress meant to burden the scarf worn by men) which was used to cover his chest during performances in Riyadh Festival Season 2021.
Reported in Al Araby, Saturday (6/11), the 'Ensay' singer, who was previously reported to have vowed to stay dressed during a concert in Egypt, garnered a lot of comments from social media users. They expressed anger that their actions in Riyadh were disrespectful. 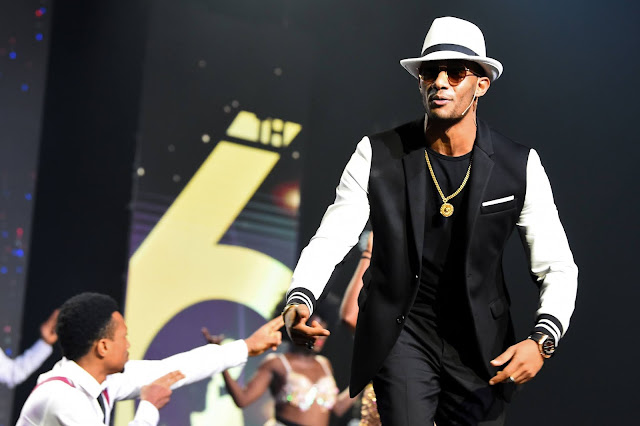 "I hope they (organizers) ban it and release us from its disgusting act, wearing Agal like curtains found in apartments, a loss to the land of the two Holy Mosques," wrote one Twitter user, Ghada.
"How is this creature allowed to use the wrong Saudi Arabia Agal? and say he is king [while doing so]?" another Twitter user said.
The chairman of Saudi Arabia's General Entertainment Authority, Turki Al-Sheikh, celebrated a Ramadan performance in the Saudi capital that he said was attended by more than 25,000 people, in a recently deleted instagram post. Al-Sheikh's post did not refer to the singer's clothing choices.
This furore also occurred after Ramadan was known to have signed an agreement with the Egyptian Musicians Syndicate, to comply with the rules of the performer.
One of them, not taking off his clothes when on stage. This was conveyed by a spokesman for the syndicate, to the local Egyptian newspaper Al-Yawm Al-Sabaa.
Since Ramadan is not a member of an Egyptian syndicate, he must obtain a one-day license for his live shows in Egypt. The signing of this commitment he continues to do, every time he wants to appear in the country.
Some social media users went on to accuse the singer's appearance in Riyadh of violating the agreement he allegedly signed with the syndicate, while others said his promise was only related to Egypt.