At least 15 people have died as a result of flash floods that hit the southern Indian state of Andhra Pradesh. Saturday's report (20/11) noted another 100 people were still missing.
Ummatimes - As reported by the CGTN page, the incessant rain caused flash floods in four districts of the state. These include Chittoor, Kadapa, Kurnool, and Anantapur.
The overflowing rivers and tributaries caused severe flooding in the districts, cutting off roads in several places. In many places, roads turn into canals and sweep away vehicles. 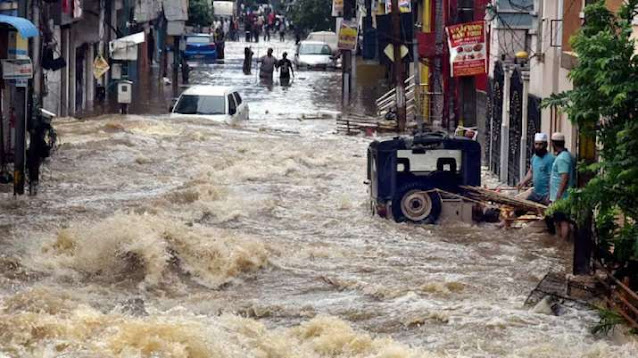 About seven teams from the National Disaster Response Force (NDRF) have been deployed in the flood-affected areas. Search and Rescue operations are also still being carried out to find the missing persons.
Meanwhile, rail and road traffic in many areas of the state was badly affected by the floods. The NDTV website said Prime Minister Narendra Modi spoke to Chief Minister Y S Jagan Mohan Reddy by telephone and inquired about the situation and promised all assistance to the state.
The Chief Minister will conduct an aerial survey of the flood-hit districts today. The Chief Minister asked Tirumala official Tirupati Devasthanam to arrange accommodation and free meals for pilgrims stranded on the Bukit.
In the Rajampet constituency of Kadapa district, at least five people died in flash floods in the Cheyyeru tributary while 12 others are still missing. Kadapa collector Vijaya Rama Raju said that eight people had died in the district as a result of the flooding.