China's military is able to blockade Taiwan's important ports and airports.
Ummatimes - Taiwan's defense ministry made the remarks on Tuesday as it gave its latest assessment of what it described as a "major" Chinese military threat.
China has never prohibited the use of force to put Taiwan under its control.
The giant nation has stepped up military activity around Taiwan, including flying warplanes multiple times in the island's air defense zone.
In its latest biennial report, Taiwan's defense ministry said China had launched what it called a "grey zone" war.
The report mentions 554 "infiltrations" by Chinese warplanes in the southwest terrain of Taiwan's air defense identification zone between September last year and the end of August.
Military analysts say the tactic is aimed at conquering Taiwan by exhausting the island. 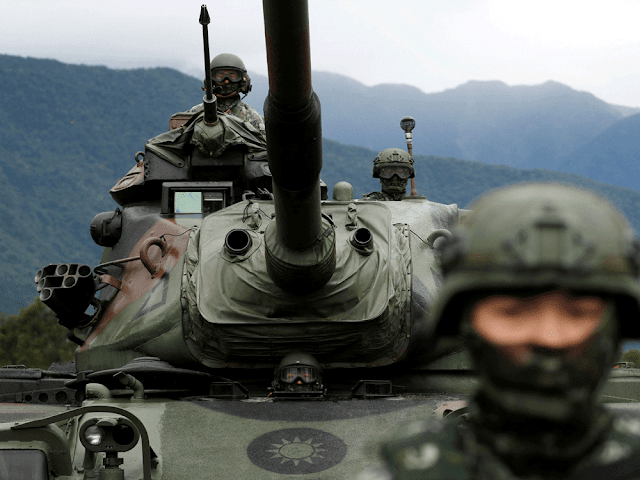 At the same time, China's People's Liberation Army (PLA) intends to complete the modernization of its forces by 2035 in order to "gain superiority in possible operations against Taiwan and a suitable capability to repel foreign forces, which pose a serious challenge to our national security", Taiwan's defense ministry said.
"Currently, the PLA is capable of carrying out joint local blockades of our important ports, airports and outbound flight routes, to cut off sea and air communication lines, and affect our military supply lines and logistical resources," the ministry said.
Taiwan leader Tsai Ing-wen said Taiwan had become an independent country and vowed to defend its freedom and democracy.
Tsai has made Taiwan's defense a priority. He promised to produce more weapons domestically, including submarines, and bought much of the equipment from the United States.
The US has become an important arms supplier and supporter of Taiwan internationally.
In October, Taiwan reported 148 Chinese air force aircraft in the southern and southwestern terrain of their defense zone for four days.
The incident raised tensions between Taipei and Beijing dramatically.
China's recent increase in military drills in Taiwan's air defense zones is part of what Taiwan calls a carefully designed harassment strategy.
"Their intimidating behavior not only drains our fighting power and shakes our confidence and morale, but also tries to change or challenge the status quo in the Taiwan Strait to achieve the goal of seizing Taiwan without a fight," the defense ministry said.
In order to thwart China's mission, Taiwan's Ministry of Defense is determined to step up efforts on asymmetric warfare to make every attack as painful and difficult as possible for China.
Those efforts include hitting targets in China with long-range missiles, laying mines on the coast, and increasing reservist training.