Swedish environmental and climate activist and campaigner Greta Thunberg called COP26 in Glasgow, Scotland a failure. He said that COP26 was no longer a high-level conference (KTT) on climate but the Global Greenwashing Festival.
Ummatimes - He put the label on COP26 during a mass protest by activists in Glasgow, Friday (6/11), demanding faster action from leaders to tackle the climate emergency.
Thunberg said promises from several countries made during COP26 to accelerate emission reductions were nothing more than a "two weeks of business as usual celebration and blah, blah, blah".
"It's no secret that COP26 failed," he explained to thousands of people during the protests.
This is no longer a climate conference. Now it's the Global Greenwashing Festival.-Greta Thunberg
Quoted from green.ui.ac.id, greenwashing is basically a marketing and communication strategy of a company to provide an environmentally friendly image, both in terms of products, values, and company goals without actually carrying out activities that have an impact on environmental sustainability.
The greenwashing strategy is carried out in the form of advertisements, promotions, or events with environmentally friendly themes. Through this 'green' image, it is hoped that consumers will have a better view of the company than other products in the same sector, so that the company will experience an increase in profits. 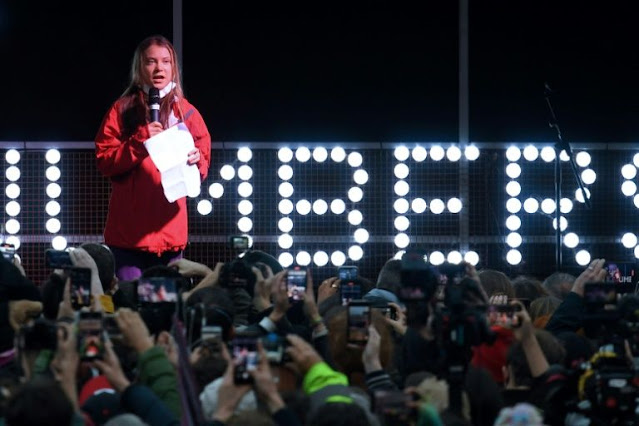 In fact, behind the increase in profits, there is an increase in demand that damages the environment.
Delegates from nearly 200 countries are in Glasgow to discuss how to meet the Paris Agreement's goal of limiting temperature rises to between 1.5-2 degrees Celsius.
The first week of talks saw countries announce plans to phase out coal use and end foreign fossil fuel funding, but there are few details about how they plan for the mass decarbonization scientists say is needed.
The pledge follows a major assessment that suggests global CO2 emissions will recover by 2021 to pre-pandemic levels.
"They can't ignore the scientific consensus and they can't ignore us," Thunberg said.
"Our leader is not leading. This (protests) looks like leadership," he said, pointing to the crowd.
There will be two days of demonstrations by activist groups to highlight the pace of falling glacial emissions and the climate emergency that is already flooding countries around the world. 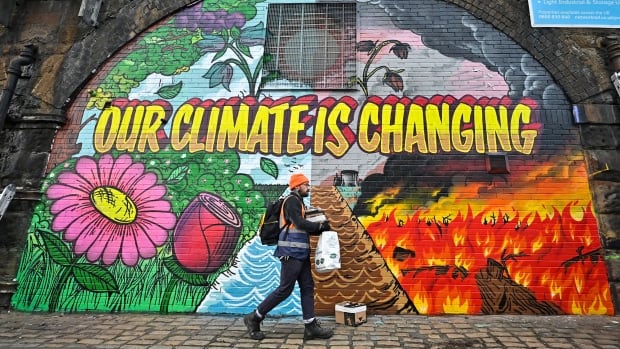 The protests of these activists caught the attention of the Scottish public. Spectators lined the streets and looked out of windows to watch the flow of protesters, who held banners reading "No More PLANet B" to "Climate Action Now".
"I am here because world leaders are determining the fate of our future and the present of the people who have been affected by the climate crisis," said resident Valentina Ruas, 18.
"We will not accept anything that is not a real climate policy centered on climate justice," he added.
Students were deployed, with some schools allowing students to skip lessons to view demonstrations, making them a light green soldier. One student holds a placard that reads: "Climate change is worse than homework".