Chinese President Xi Jinping is scheduled to meet virtually with US President Joe Biden on Tuesday (16/11). Xi will use the moment of the first virtual meeting to discuss the Taiwan issue.
Ummatimes - According to a Chinese state media editorial published Monday, Xi is expected to warn the US against meddling in the Taiwan issue. An English-language editorial published by the China Daily said it was likely that Xi would give Biden the impression that Beijing was determined to achieve national reunification in the future.
State media outlets such as China Daily are usually briefed by the authorities on important issues such as China-US relations. State media are usually accurate in reporting on the country's strategic issues and prioritizing Chinese leaders. On Monday, the Communist Party-owned Global Times tabloid wrote an editorial entitled "The Taiwan issue is China's main red line". 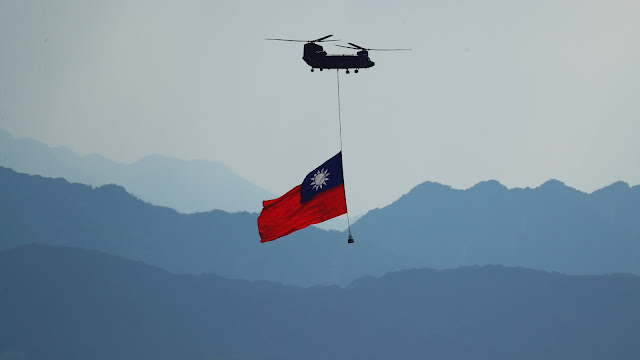 "To reduce the risk of a clash of strategic interests between China and the US, the US should take a step back from the Taiwan issue," the Global Times editorial said.
US Secretary of State Antony Blinken on Saturday (13/11) made a phone call to Chinese Foreign Minister Wang Yi. In the phone call, Beijing warned Washington not to send the wrong signal to Taiwan's pro-independence forces. Some experts say China's emphasis on Taiwan reflects a reluctance to engage in armed conflict with the United States.
"Chinese leaders are aware that they have not yet completed their modernization and still face many challenges in their domestic economy," said Li Mingjiang, a professor at the S. Rajaratnam School of International Studies in Singapore.
Li said China also did not have complete confidence that it could secure a military victory. "War can seriously disrupt this modernization and restore its revival," Li said.