Haitian criminal gang leader Jimmy “Barbecue” Chérizier on Friday (12/11/2021) decided to reopen the blockade of fuel oil. This is done to restore activity in Haiti, which has been paralyzed for a month due to fuel shortages.
Previously, Chérizier had blocked access to fuel in order to demand the resignation of Prime Minister Ariel Henry. The reason, he is considered to have interfered in the assassination of President Jovenel Moise last July.

1. Varreux Terminal access will be open for one week

The temporary unblocking was disclosed directly by Barbecue in a press conference. According to this decision, the fuel trucks will be allowed to enter the port area again.
"The doors at the Varreux refueling area have been opened wide, so all trucks can refuel without worrying anymore. Hospitals, schools, universities, embassies should reopen and be able to meet their needs without any problems," Chérizier told Al Jazeera. . 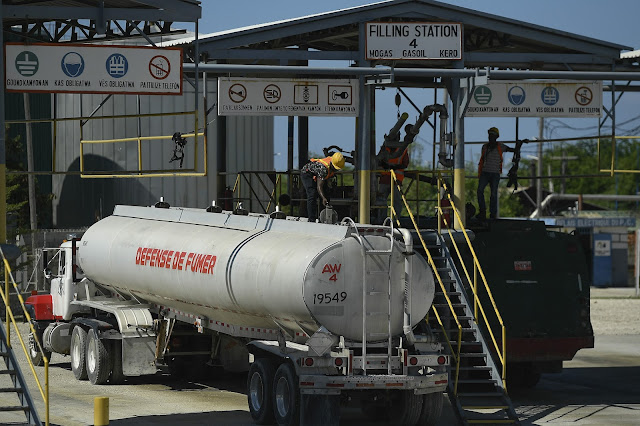 The leader of the G9 gang revealed that this relaxation was only valid for seven days. He also revealed that after a week of opening, the port would be closed again until Henry was willing to step down from his position.
Following Chérizier's announcement, the Associated Press reported that two trucks transporting fuel had entered the Varreux Terminal area. The two trucks got in and refueled safely without any incidents.

2. Opened to celebrate the defeat of Napoleon's army in 1803

Quoted from Reuters, Chérizier also announced that the G9 group wanted fuel to be redistributed for the whole week leading up to the November 18 holiday celebrations. The day is remembered as the anniversary of the defeat of Napoleon's army which paved the way for Haiti's independence.
He also added that Henry was not willing to step down during the opening period. Then his group will again close the access to refueling and will take other actions to force him to resign.
After the announcement, there is still no sign of the fuel supply chain returning to normal. The reason is that the majority of truck drivers refuse to transport fuel from the port because of the continuing threat of kidnapping from criminal gangs.
In response to Chérizier's statement, the Parliamentary Office has yet to provide any comment. However, since last month, the government has asked for police escort to ensure the safety of fuel truck drivers.

3. G9 accused of masterminding the kidnappings and murders in Haiti

Al Jazeera reports that now almost all parts of Haiti's capital, Port-au-Prince are controlled by the G9 gang. In fact, gang members are often accused of being responsible for kidnappings and mass murders, including targeting children.
However, Cherizier as the leader of the criminal gang, always denied the accusations and admitted that his organization was never involved in the case. The Haitian government has accused the G9 of kidnapping 400 Mawozo people.
While the incident that caught the most attention was when 17 missionaries were taken hostage, all of whom were US and Canadian citizens. The incident infuriated the US and Canada, and on Friday (11/12/2021) both of them required their citizens in Haiti to return home immediately.
UNICEF also reported that since the last eight months, as many as 455, the majority of whom are Haitians, including 71 women and 30 children, have been abducted. In fact, the security situation in Haiti has become increasingly uncertain after the assassination of President Jovenel Moïse.