Residents of Kabul City, Afghanistan said an explosion that appeared to be an improvised explosive device exploded in an area west of the capital. The number of people killed and injured in this incident is not yet known.
"I was busy with shoppers when the explosion rocked the shop," said shopkeeper in the Kote Sangi area, Ahmad Murtaza, Monday (15/11).
"I saw people carrying victims from the blast site. I don't know if they were dead or injured," he added.
Ummatimes - In its report, television station Tolo News quoted an unnamed security official as confirming the explosion. However, he said there were no casualties in the explosion.
Two days earlier a magnetic bomb destroyed a minibus west of Kabul. The attack claimed by ISIS killed and injured several people. 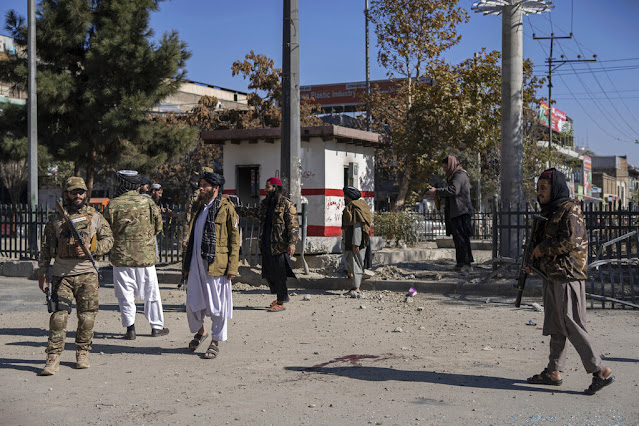 On Saturday (11/13) Algeria reported that one person was killed and four people injured in an explosion in Dasht-e Barchi, on the outskirts of Kabul, an area of ​​the mostly Shiite Hazara population that has been the target of IS attacks for years. The Afghan Journalists Center reported that one person killed in the attack was Hamid Seighani.
Seighani is a well-known Afghan journalist who has worked for the Ariana television network. "Unfortunately, we lost one more reporter," the journalists' organization said.