Police in Maharashtra, India on Saturday (11/13/2021) managed to arrest dozens of members of the Maoist guerrilla group, Naxal. Meanwhile, the fighting took place after the police ambushed the Naxal troops camped in the area.
Ummatimes - So far, Naxal is known as one of the left-wing guerrillas that threatens the stability of eastern and southern India. In fact, the area dubbed the red corridor is known to be rich in natural mineral resources. 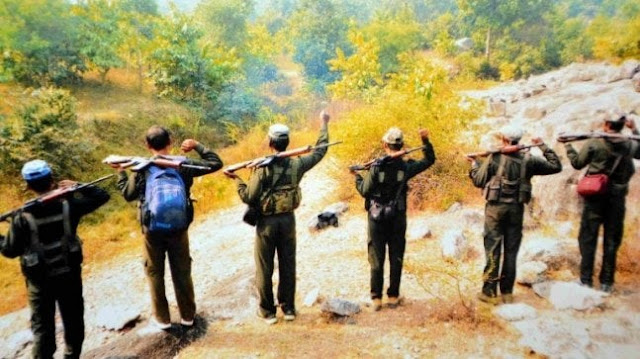 According to information from the Government of India, the operation of the Maharashtra Police resulted in the deaths of at least 26 Naxal guerrillas. Meanwhile, the success of this attack was because it was carried out by ambushing dozens of guerrilla troops in the wilderness area.
The police operation was carried out in Gadchiroli District which is the border area between Maharashtra and Chharrisgarh states. In fact, the fighting between the police and the guerrilla forces is said to last up to 10 hours.
"26 Naxal members were killed, including six women and a Naxal committee leader, Milind Teltumbde was also killed in this attack," Maharashtra's Interior Minister said.
"We have received information that the Naxal troops were camping in the forest. Then our special forces came to where they were. However, the Naxal troops opened fire on the police and retaliation was carried out not long after," he said, in Reuters.

One of the greatest successes of Indian law enforcement officers, after learning of the murder of a member of the Central Committee of the CPI (Communist Party of India) or Naxal, Milind Teltumbde. The reason, the 58-year-old leader was assigned to lead a guerrilla force in the Maharashtra-Madhya Pradesh-Chhattisgarh (MMC) area.
Teltumbde is quite famous in India because he is the younger brother of a former professor at IIT (Indian Institutes of Technology) Delhi named Anand Teltumbde. However, he has been imprisoned because of the Elgar Parishad case.
According to the police, two important people from Naxal were also killed in the attack. The two are Mahesh alias Shivaji Raoji Gota and Lokesh alias Mangu Podyam, where the two CPI members have been fugitives for a long time.
Meanwhile, another leader in the Dandakaranya Special Zonal Committee (DKSZC) named Prabhakar managed to escape. However, his bodyguard was reportedly killed along with two bodyguards from Teltumbde, quoted from The Indian Express.

The India Times reported that four police officers were seriously injured as a result of gunfire during the fighting in the Mardintola Forest area against the left-wing guerrillas. After that, the four police officers were taken by helicopter to Nagpur for treatment.
The police managed to win the fight after additional troops were deployed and surrounded the guerrilla forces. Afterward, the police confiscated all weapons and ammunition owned by the Naxal guerrilla group.
This police operation is the second largest in Gadchiroli against Maoist guerrilla groups. In April 2018, the police also succeeded in carrying out the largest operation and arrested as many as 40 guerrilla troops in two different battles.
On the other hand, the CPI, also known as Naxal, is a left-wing Maoist rebel group that has been at war with the government for more than 50 years. The guerrilla forces say their actions are in defense of the poor who have been forgotten by the government amid India's high economic growth, reported by Reuters.