India will on Wednesday host a high-level security dialogue on Afghanistan, but Pakistan and China will not attend the event.
Ummatimes - The Delhi Regional Security Dialogue will be held at the level of national security adviser or secretary of the security council and will be chaired by India's national security adviser Ajit Doval, said a statement from the country's foreign ministry.
"The Delhi Regional Security Dialogue on Afghanistan will be attended by Iran, Kazakhstan, Kyrgyz Republic, Russia, Tajikistan, Turkmenistan and Uzbekistan, all of whom will be represented by the National Security Advisors/Security Council secretaries of their respective countries," the Indian foreign ministry said. 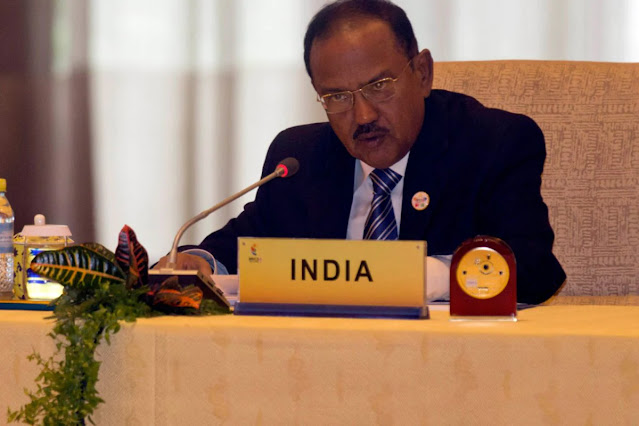 Saying the "high-level dialogue" would review the security situation in the region after the Taliban took power in Afghanistan, India said it "will consider measures to address relevant security challenges and support the Afghan people in promoting peace, security and stability." "
According to the statement, India "traditionally has close and friendly relations" with the Afghan people and has called for a "unified international response to address the security and humanitarian challenges facing Afghanistan."
India has also sent invitations to China and Pakistan for dialogue. While Pakistan's National Security Adviser Moeed Yusuf said he would not attend, China, according to Indian government sources, was also unable to attend due to "scheduling problems".
The previous two meetings in this format were held in Iran in September 2018 and December 2019, Indian officials said, adding that a third meeting in India could not be held earlier due to the Covid-19 pandemic.