The Embassy of the Republic of Indonesia (KBRI) in Brussels, Belgium, in collaboration with the European Parliament on November 9, 2021 local time launched the Indonesia-European Parliamentary Friendship Group (IEPFG) for the period 2021-2024.
Ummatimes - IEPFG is a forum for dialogue and communication between Indonesia and the European Union (EU) which aims to increase understanding and find common solutions, especially in various fields related to inter-parliamentary cooperation. The IEPFG was first launched in 2010 and 2016. In 2020, the IEPFG was hampered by the Covid-19 pandemic.
The launch of the IEPFG for the period 2021-2024 signifies the important role of parliamentary diplomacy between Indonesia and the EU in ensuring various pro-people strategic policies of the government. 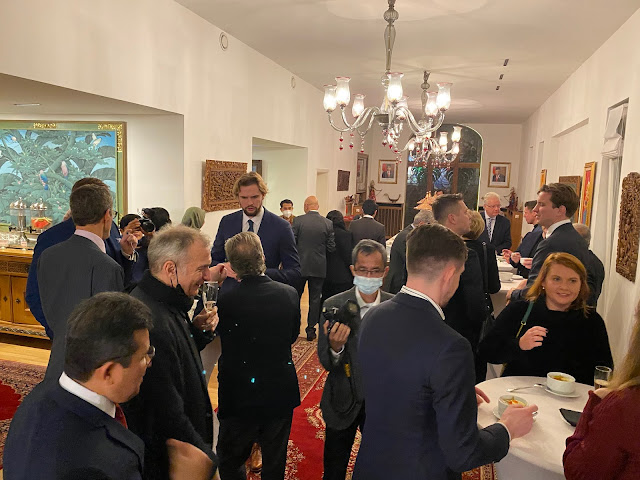 IEPFG can also enrich and improve the quality of relations between Indonesia and the EU based on the Partnership and Cooperation Agreement (PCA) which has been in effect since 2014. Some important values ​​and principles shared between Indonesia and the EU are pluralism, democracy, development, sovereignty, mutual respect, tolerance, equality and non-discrimination.
The IEPFG for the period 2021-2024 consists of 16 members of the European Parliament from various political parties and is chaired by Urmas Paet, former Estonian Minister of Foreign Affairs and from the Renew Europe Group, which is the third largest party in the EU after the European People's Party (EPP) and the Progressive Alliance of Socialists and Democrats in the European Parliament (S&D).
In his remarks at the launch of the IEPFG for the period 2021-2024, the Indonesian Ambassador to the Kingdom of Belgium, the Grand Duchy of Luxembourg and the European Union, Andri Hadi, underlined that Indonesia and the EU are important partners in finding solutions to various regional and multilateral problems.
Meanwhile, Paet on that occasion said that there are still enormous opportunities and potentials that can be explored and improved from Indonesia's bilateral relations with the European Union, where IEPFG is expected to contribute positively. Paet also emphasized Indonesia's important role in regional and international fora.