The Minister of Foreign Affairs (Menlu) of New Zealand, Nanaia Mahuta, visited Indonesia for the first time on Monday (11/15/2021).
Ummatimes - Mahuta met Indonesian Foreign Minister Retno Marsudi to discuss a number of issues. One of the issues highlighted was Indonesia's cooperation with the Pacific during the G20 presidency.
“Indonesia has great concern for the Pacific and small archipelagic countries, during Indonesia's chairmanship of the G20. Representatives from the Pacific will be invited to Indonesia's G20 presidency," said Retno at a press conference at the Indonesian Ministry of Foreign Affairs.

1. New Zealand participated in the success of the 2nd Expo Pacific Exposition

On the same occasion, Indonesia also congratulated New Zealand for being elected as Chair of the Asia-Pacific Economic Cooperation (APEC).
Indonesia also expressed its appreciation because New Zealand participated in the success of the 2nd Pacific Exposition which took place on 27-30 October 2021. 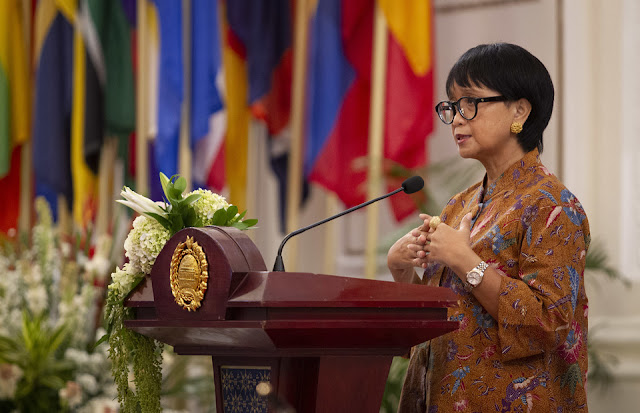 For the record, this year's 2nd Pacific Exposition was visited by 11,000 people, an increase of 50 percent compared to the first expo in Auckland. The achievement of business transactions reached 104 million US dollars, or an increase of 48 percent from the first series.

2. Indonesia-New Zealand want to create conduciveness in the Pacific

The two countries also discussed regional and world issues. One point that Foreign Minister Retno highlighted was the desire of the two countries to make the Indo-Pacific a peaceful and prosperous region, by building inclusive cooperation.
"In this context, Indonesia initiated the ASEAN Outlook on the Indo-Pacific (AOIP)," he said.
Indonesia invites New Zealand to partner with ASEAN in advancing the implementation of the four priorities of cooperation, namely in the fields of maritime, connectivity, SDGs (Sustainable Development Goals), and trade-investment in the context of AOIP.
“We also discussed the Myanmar situation, and I reiterate Indonesia's consistent position that the five-point consensus must be implemented. It is important (so that) democracy is returned to Myanmar's political life through inclusive dialogue," said Retno.

Finally, Retno emphasized that the Jakarta-Auckland relationship is a strategic relationship. According to him, New Zealand is Indonesia's important partner in the Pacific region.
"The two countries have had a comprehensive partnership since 2018.
This partnership has become a strong foundation in the efforts of the two countries to continue to enhance cooperation, including during the difficult times in the midst of the COVID-19 pandemic," he said.
"This partnership is based on the principle of mutual benefit, mutual respect, and respect for sovereignty and territorial integrity," added Foreign Minister Retno.