Indonesian businessman now living in Singapore, Albert Njoo is accused of financing the attempted coup and assassination of Madagascar President Andry Rajoelina. This is allegedly to protect Albert Njoo's share ownership in an oil company in the Indian Ocean.
Ummatimes - Security forces have arrested 21 people including the alleged coup leader, Paul Rafanoharana, last August. They were accused of plotting to assassinate the president.
However, three months after the planned coup, the Madagascar government failed to reveal the involvement of Albert Njoo. Until now he is still free and continues to run his business as usual in Singapore.
Rajoelina has several times claimed attempted murder against her. He was initially suspected of fabricating the story of a coup to get rid of political rivals and take control of the concessions of the oil company owned by Albert Njoo. 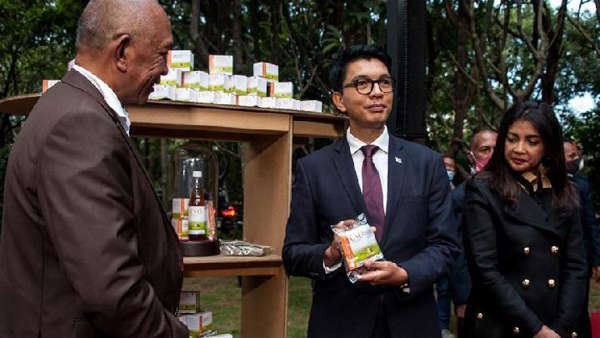 Albert Njoo's Singapore-based company Benchmark Group is the majority shareholder in Madagascar Oil. The company confirmed it had received an email from Paul Rafanoharana, who is accused of being the leader of the coup. Rafanoharana asked for 10 million euros for the purpose of political instability. However, what Rafanoharana did was not related to the company.
Police claim to have found a deleted message on Rafanoharana's computer cursing Rajoelina. Madagascar's president is said to have plunged the country into poverty.
According to one observer, although Albert Njoo is being investigated for the attempted coup, the police have not asked Interpol for help. He is also not on the list of 7,580 international fugitives.
Quoted from Asia Times, a source described the relationship between Albert Njoo and President Andry Rajoelina between love and hate. The president has pushed for Albert Njoo to have a stake in Madagascar Oil, which was founded by British investors in 2004.
Albert Njoo's business colleague couldn't believe he was involved in the coup. "He's not one to take such risks," said his former Madagascar colleague. "He will bet one way, but not on one horse."
Albert Njoo is an Indonesian entrepreneur in his 60s. He comes from a family that owns a bank in Indonesia, who is a business partner of Hashim Djojohadikusumo, the brother of Defense Minister Prabowo Subianto.