ISIS Is Not a Threat in Afghanistan

Taliban: ISIS Is Not a Threat in Afghanistan

The Taliban say ISIS' presence in Afghanistan does not pose a major threat. The Taliban claim they can, to some extent, control the threat from the group.
Ummatimes - Taliban spokesman Zabihullah Mujahid said that since the Taliban took power in Afghanistan in mid-August, around 600 ISIS members or sympathizers in the country have been arrested. Some of them are women. "They (ISIS members or sympathizers) are not many in Afghanistan because they do not get support from the people," Mujahid said at a press conference on Wednesday (11/10), quoted by the Al Arabiya website.
He also mentioned ISIS-Khorasan, the ISIS-affiliated group in Afghanistan. According to Mujahid, unlike ISIS in other countries in the Middle East, the majority of ISIS-Khorasan members are local citizens. He also assured that ISIS-K does not pose a threat to other countries. 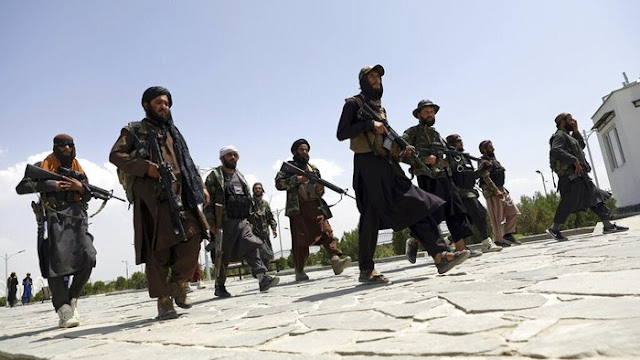 He said the Taliban were still continuing operations against ISIS in Afghanistan. Previously the United States (US) was concerned about an increase in terror attacks by ISIS and its affiliates in Afghanistan. Washington is also concerned about the survival of the al-Qaeda group in the country.
“(The US) is concerned about the increase in ISIS-Khorasan attacks, and we want the Taliban to be successful against them. As for other (militant) groups, look, al-Qaeda continues to have a presence there which we are very concerned about," said US Special Envoy for Afghanistan Tom West Monday.
Since the Taliban took power in Afghanistan in mid-August, ISIS has carried out a series of terror attacks. The first action took place on August 26, when the US was evacuating its citizens and Afghans at risk at Kabul airport. ISIS-Khorasan launched a suicide bombing attack. More than 180 people died in the incident.
ISIS-Khorasan also attacked mosques, including mosques of Shia groups. The latest attack occurred on October 2 last. ISIS-Khorasan members bombed and attacked the Sardar Daud Khan Hospital in Kabul. At least 19 people were killed, including a senior Taliban military commander, Maulvi Hamdullah Mokhlis.
The Taliban had denied the existence of ISIS and al-Qaeda bases in Afghanistan. “The ISIS that is in Iraq and Syria is not here. However, some people who may be our own Afghans have adopted the ISIS mentality, which is a phenomenon that is not supported by the people," said Zabihullah Mujahid in late September.