Israeli Prime Minister Naftali Bennett thanked Turkish President Recep Tayyip Erdogan for the release of Israeli couple Natali and Mordi Oaknin from prison in Istanbul. The two leaders made their first phone call since 2013, on Thursday (18/11) local time.
Ummatimes - As reported by the Jerusalem Post page, Friday (19/11), Bennett praised the communication between Israel and Turkey. According to him, relations between the two countries are very efficient and wise, especially on humanitarian issues.
The release of the Israeli couple came after the joint efforts of the Ministry of Foreign Affairs and the Office of the Prime Minister, as well as the Office of the President. This release also coincided with talks Mossad chief David Barnea spoke with his Turkish counterpart. 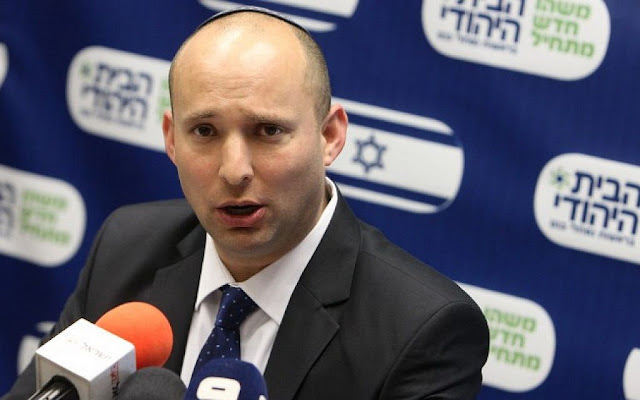 Bennett explained that the allegations against Turkey were not true. He said Oaknin was not an Israeli spy, and had nothing to do with Israeli intelligence.
Israel's Charge d'Affaires in Turkey, Irit Lillian, is in contact with Erdoan's senior adviser Ibrahim Kalin. He finally informed Kalin on Wednesday (17/11) afternoon that Oaknins would be released.
Earlier, Erdogan spoke with Israeli President Isaac Herzog. President Herzog also thanked the Turkish president and expressed hope for warmer diplomatic relations between the two countries.
The Oakins and a Turkish citizen with them face charges of political or military espionage after photographing the palace of Turkish President Recep Tayyip Erdogan. Both were held in prison in Istanbul.