Israeli troops shoot dead a Palestinian during a clash in the occupied West Bank, Tuesday, November 16, 2021.
Ummatimes - According to Palestinian sources, the clashes began when Israeli troops stormed the Palestinian village of Tubas before dawn. This attack was responded by throwing stones by residents, Reuters reported.
The Israeli military said its troops returned fire after being shot and explosives hurled at them from cars.
Islamic Jihad said a 26-year-old man had been "martyrdom". But the victims were not members of the Palestinian militant group. The Palestinian Ministry of Health confirmed the death. 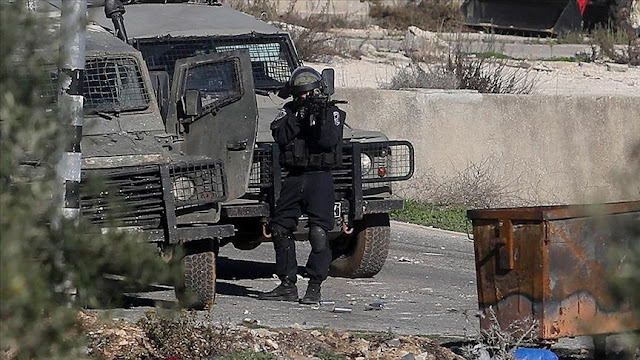 Violence in the West Bank has simmered since US-sponsored Israeli-Palestinian peace talks collapsed in 2014.
The West Bank is part of the territory of the State of Palestine, west of the Jordan river. The West Bank and Gaza Strip are Palestinian territories that were declared in 1988.
The "West Bank" region, including East Jerusalem, has a land area of ​​5,640 km2 and a water area of ​​220 km2, which is the northwestern part of the Dead Sea. The territory was annexed by Israel after the 1967 6-Day War.
Israel continues to build Jewish settlements in this West Bank area despite international opposition.