New Zealand's Prime Minister Jacinda Ardern was bullied by her little daughter when she informed the country of the restrictions being put in place to fight Covid-19 in a Facebook live broadcast on Sunday.
Ummatimes - Ardern was updating viewers on New Zealand's Covid-19 response when she was interrupted by 3-year-old Neve calling out "Mummy?"
"You should be in bed, honey," Ardern replied.
"Go back to bed, I'll come and see you in a minute," Ardern told her daughter Neve after the toddler's voice interrupted a Facebook live stream.
"I'll see you in a bit, okay? Grandma's going to get you to bed," she said, and then Ardern's mother carried Neve back into the room.
"Well, it's past bedtime isn't it?" said the prime minister to the audience with a laugh. 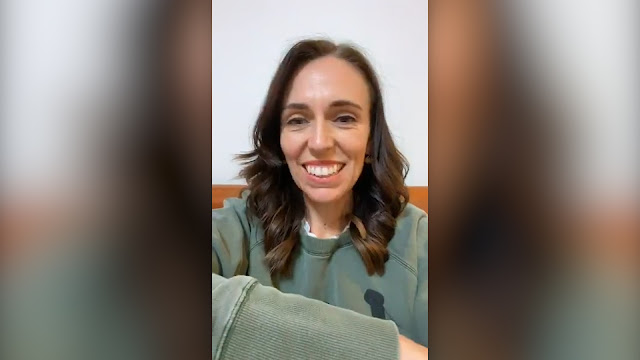 Unabashedly, Neve interrupted again a short time later, persuading Ardern that it was time to end Monday night's broadcast, NBC reported.
"Sorry, honey, this is taking so long," Ardern replied, before announcing that she would be ending the live stream.
Ardern, who has been praised for her clear and frequent communication with the public during the coronavirus pandemic, joked that she thought it was time to end broadcasts.
"Does anyone else have kids who run away three or four times after bedtime?" he asked.
"I think I've covered all the points I wanted to share at this point," Jacinda Ardern told viewers.
Jacinda Ardern's struggles have no doubt touched the hearts of parents around the world, who have struggled to balance working from home and parenting.