Japan Post Group managed to make a profit during Japan's economic recovery. The Japan Post Group's financial results for the last six months to September 2021 are expected to be sizable profits.
Ummatimes - This is as a result of the increase in international logistics business profits due to the global economic recovery from the Covid-19 pandemic.
There was an increase of almost 50 percent of profit (profit) compared to the same period in 2020.
The group's financial results for the six months to September, announced by the Japan Post Group, showed ordinary income of 5,750.7 billion yen, an increase of 2 percent from the same period a year earlier. 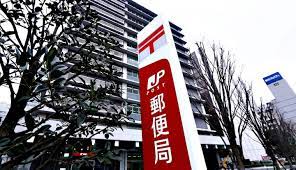 Final profit was 265.1 billion yen, a 48.2 percent increase from a year earlier, resulting in higher sales and profit.
This is due to the fact that the profitability of the international logistics business has increased significantly due to an increase in the quantity handled and unit prices increasing amidst the continuing scarcity of container ships.
Similarly, the Japan Post Bank's investment returns have increased globally.
In addition, due to a large increase in the distribution of investor funds, and others in the form of global economic recovery from the Corona Virus pandemic.
As a result, the Japan Post Group has revised its revenue forecast for the current fiscal year to a final profit of 480 billion yen, 40 percent more than its previous estimate.
On the other hand, Japan Post Insurance, which has had problems with improper sales, has been slow to recover new contracts and its business performance has deteriorated, and the restoration of confidence continues to be a problem.