The White House said US President Joe Biden will hold a virtual meeting with Chinese President Xi Jinping on Monday (15/11). Washington hopes this meeting can create stability amid tensions between the world's two largest economies.
Ummatimes - It is hoped that this will be the most extensive meeting between the two leaders during the Biden administration. This meeting is a continuation of the conversation by telephone on 9 September.
Washington and Beijing are at loggerheads on a number of issues ranging from the origins of Covid-19 to the expansion of China's nuclear weapons. US government officials believe Xi's direct involvement is the best way to prevent disputes from keeping the conflict alive.
"The two leaders will discuss ways to responsibly manage competition and how to work together when our interests are intertwined," White House spokeswoman Jen Psaki said in a statement Friday.
"President Biden will affirm US intentions and priorities and be clear and honest about our concerns," he added. 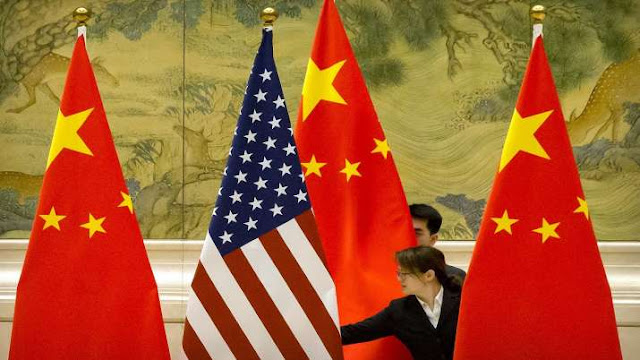 Beijing also wants to avoid confrontation as Xi will have a key year in which China will host the Winter Olympics and the Communist Party Congress in which it is likely that he will return to power in a third term.
A US official said Biden would insist he welcomes tough competition with China but does not want conflict. Biden will also downplay the long list of outcomes often associated with high-level meetings.
"This meeting is not looking for specific results or implementation as we compete with the PRC (People's Republic of China). President Biden hopes that President Xi and the PRC will play by the rules and he will deliver during the meeting," the official said.
The meeting comes after Biden signed a $1 trillion bipartisan infrastructure deal in a big celebration last Monday. The Biden government celebrates a domestic plan that the president believes will allow the US to compete with China.
U.S. government officials are unsure of any possible progress in trade where China has not met its commitments to buy $200 billion worth of U.S. goods and services. But China continues to push the US to ease tariffs on billions of dollars worth of goods imposed by former president Donald Trump. Beijing believes the tariff relief could be beneficial for both sides to ease inflation and boost jobs.