Joe Biden and Xi Jinping to Deliver Speeches at APEC

Joe Biden and Xi Jinping to Deliver Speeches at APEC

United States (US) President Joe Biden and Chinese President Xi Jinping are expected to address leaders at the Asia Pacific Economic Cooperation (APEC) event on Friday (12/11). Their statement will define already tense conditions in regional trade and geopolitics.
Ummatimes - China had already set the tone for the 21-member APEC meeting with Xi's warning in video footage on Thursday (11/11). He said the region should not return to Cold War-era tensions.
The comments were seen as a reference to efforts by the US and its regional allies to blunt economic leverage. They considered the Chinese military to be increasingly coercive.
The White House confirmed in a statement that Biden was expected to address the meeting starting at midnight New Zealand time. He will discuss ongoing efforts to contain the Covid-19 pandemic and support the global economic recovery. 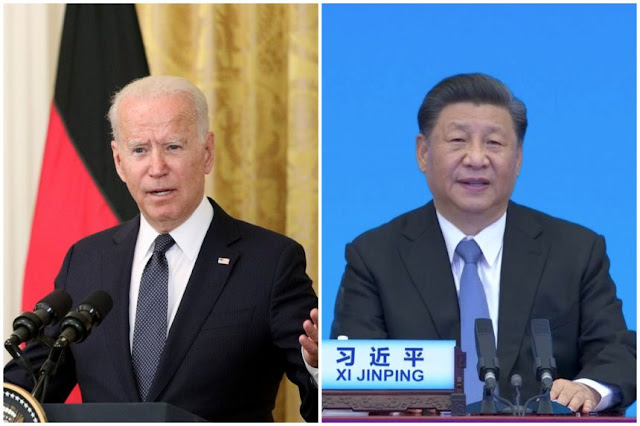 "The president's participation demonstrates the US commitment in the Indo-Pacific region and multilateral cooperation," the statement said.
China's Foreign Ministry has also confirmed Xi will speak at the meeting via video link. Xi will take the virtual podium a day after China's ruling Communist Party approved a rare resolution cementing his status and authority.
The decision strengthens the possibility of securing a third leadership term next year. This effort is unprecedented.
The APEC meeting comes ahead of an online summit of the two countries' leaders early next week. The superpowers are trying to prevent escalating tensions between the world's two largest economies from spiraling into conflict.
APEC is the last multilateral meeting of the year and comes after a series of meetings including the G20 summit in Rome and the COP26 climate summit in Glasgow, Scotland. APEC in 2021 is hosted entirely online as the hosts implement hard-line pandemic control measures.
The APEC Summit will be held in Thailand next year. The US has offered to host the 2023 round of APEC meetings for the first time in more than a decade, although consensus has yet to be reached on this proposal.