A US federal judge has ruled that a congressional committee investigating the January 6 attack on Capitol Hill has access to former President Donald Trump's records and records at the White House. The incident killed five people.
Ummatimes - On Wednesday (10/11) the US District Judge in the District of Columbia, Tanya Chukan, rejected the arguments of Trump's lawyers. The former president's legal team tried to prevent the investigative committee from accessing telephone records, visitor lists and other White House documents during the January 6 attacks.
Trump argued that the materials requested by the House of Representatives committee were protected by a legal doctrine known as executive privilege. Doctrine protects the confidentiality of some communications in the White House. 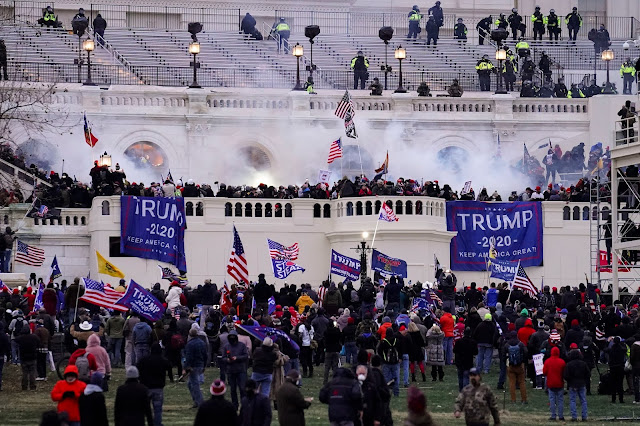 He asked the court to block the National Archives from fulfilling the committee's request for the documents. The National Archives is a federal government agency that distorts White House records and records.
The committee said they needed the materials they requested to understand Trump's possible role in stoking the unrest. Trump gave a loud speech before his supporters attacked Capitol Hill.
He repeated his false claims about fraud in the 2020 election. Trump also pushed his supporters to Capitol Hill and said "fight like hell" to "stop cheating".
His supporters attacked Capitol Hill to prevent Congress from certifying President Joe Biden's election victory. The attempt failed and killed five people including a police officer. Biden was sworn in on January 20. Some 700 of the attackers face criminal charges.