A hater of Kei Komuro, a 26-year-old man who entered the Kei family's condominium in Yokohama, November 3, at 12:00 pm, was immediately arrested by the Kanagawa police.
Ummatimes - The location is where Kei Komuro's mother, Kayo (55), currently lives. While Kei himself and Princess Mako are in Shibuyaku, Tokyo, the environment is closely guarded.
However, since Kei was no longer in Yokohama, the police all left the location allowing the public to enter it easily.
"It looks like someone suspicious entered the condominium and immediately alerted the police," said one of the residents of the condominium.
A man in his twenties was surrounded by police officers wearing vests that read "Kanagawa Prefectural Police" and plainclothes police officers. 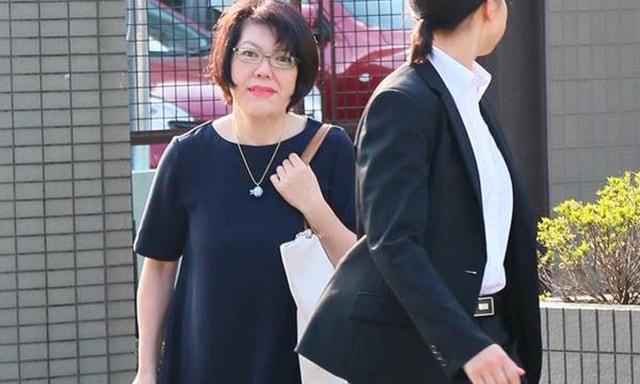 The suspect answered the police officers' questions in a mysterious way.
The man was arrested immediately on suspicion of illegally entering and assaulting a building. A 26 year old man who claims to work part time at a post office. However, he has been taken into custody by a police officer manning the surrounding post office, " said, Monday (11/8/2021).
The man said, "I want to hear the story of (Kei Komuro) first hand," he told the police.
Pelu strongly agrees with the YouTuber opposing Komuro and Princess Mako's marriage, and he appears to have participated in "anti-wedding rallies" and city mission activities sponsored by some of those people several times.
Around 150 people had marched against Kei Komuro and Princess Mako's wedding 3 times and the last was held on October 26, 2021 at Hibiya-Ginza Tokyo.
A National Police Agency official said, "Neighbors around Mr. Komuro's parents' house joked, 'Thanks to Komuro's return to Japan, many police officers have left, so it's safer and I thank the residents.'" After Komuro went to the wedding gathering on October 26, the police box was also locked and there was no one in front of the apartment. It seems easy for the suspect to enter. However, the Kanagawa Prefectural Police remained vigilant. "
Kei Komuro's mother, Kayo, who had left the press was still there, perhaps surprised by the number of police cars that suddenly came to the condo last October 3rd.