Kei Komuro (30) husband of Princess Mako has resolved the financial problems experienced by his biological mother worth more than 4 million yen on Friday (12/11/2021) night.
Ummatimes - As is known, the mother of Kei Komuro is experiencing financial problems, namely having a debt of more than 4 million yen from her ex-fiancé.
Various media reported, including major media such as NHK, regarding the settlement of the debt.
The settlement of accounts payable took place at a lawyer's office in the Minatoku area of ​​Tokyo, November 12 evening. 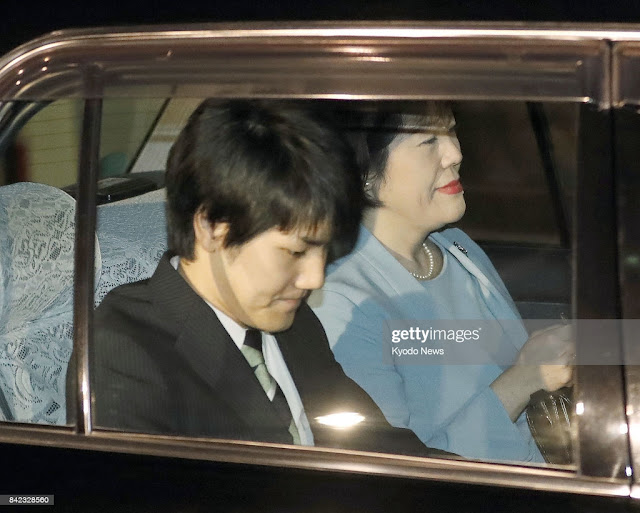 Komuro explains in the document that the problem can be solved.
Komuro expressed his feelings and showed his intention to make repayments.
According to the representative or spokesperson at the meeting, Komuro met with the two representatives, both the representative of Komuro and the representative of his mother's former fiancé. Including meeting also with his mother's ex-fiance.
The ex-fiancé agreed to sign the document and receive the settlement money.
"I think this has solved the 'financial problem'. I won't ask for anything in the future," said the former fiancee of Kei Komuro's mother.
Kei Komuro and Princess Mako plan to leave Japan, Sunday (11/14/2021) morning from Haneda Airport and will start a new life in New York, United States.