Lebanon and Jordan Urge Their Citizens Out of Ethiopia

Lebanon and Jordan Urge Their Citizens Out of Ethiopia

Lebanon and Jordan on Sunday asked their citizens in Ethiopia to leave the country amid a declaration of emergency. The Lebanese Foreign Ministry, said Lebanese nationals were asked to leave immediately.
Ummatimes - Meanwhile, Jordan said its citizens were warned to be very careful and leave as soon as possible. Jordan recommends that its citizens contact the Jordanian Embassy in Addis Ababa if they need assistance. 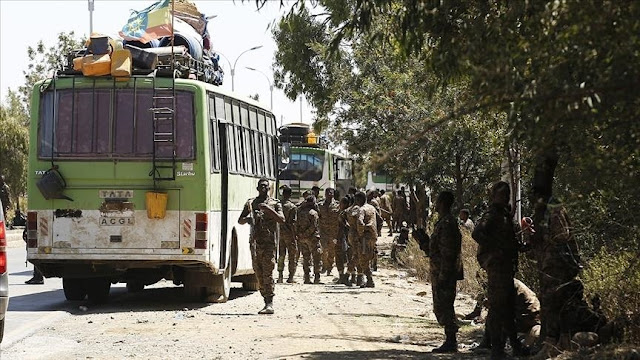 Ethiopia declared a state of emergency Monday, as the Tigray People's Liberation Front (TPLF) made military advances in the Amhara region, which is adjacent to the Tigray region. Last week, the TPLF said it had taken control of the strategic towns of Disi and Kombolcha in the northern state of Amhara.
Millions of people have been displaced by the Tigray conflict according to the United Nations, which warns of a humanitarian catastrophe. Prime Minister Abiy Ahmed sent troops to Tigray last November in response to attacks on army camps by the TPLF.