A Lithuanian court on Friday (12/11/2021) officially convicted two people who were previously suspected of being spies for Russia. The reason, both have been proven to collect and provide classified information to the Russian Federal Security Agency (FSB).
Ummatimes - At the end of October, the mayor of Klaipeda, Bronius Markauskas and two other Lithuanians were detained by Russian border guards for trespassing into the territory of the Eurasian state.

1. Both were sentenced to several years in prison

This decision was issued by the Klaipeda Court against two Lithuanian citizens named Aleksejus Greicius and Mindaugas Tunikaitis. Both have been sentenced to four years in prison and 18 months in prison for spying for the Russian Federal Security Agency (FSB).
One of the perpetrators, named Greicius, is a public figure from Lithuania, as well as the head of the board of the Baltic Youth Association. Nevertheless, he is known as a figure who has pro-Russian views. 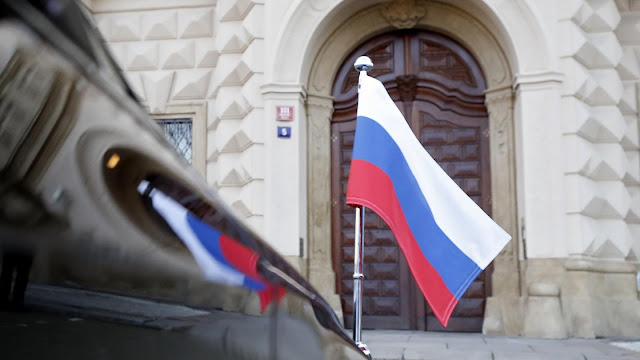 Meanwhile, the second trial was conducted behind closed doors because it was feared it could affect national security in the Baltic country. However, Greicius had rejected the accusation, although he was still found guilty, according to a report from RFE/RL.

2. Tunikaitis and Greicius have links with FSB agents in Kaliningrad

Reporting from the Associated Press, the Klaipeda Court revealed that Mindaugas Tunikaitis and Aleksejus Greicius did not know each other. However, both have a relationship with the same FSB agent.
While the FBS agent comes from the outermost region of Russia, Kaliningrad, which is located on the coast of the Baltic Sea and is flanked by Lithuania and Poland. In fact, Tunikaitis admitted that he had gone to Kaliningrad several times to meet the FSB agent.
Meanwhile, Greicius proved to have organized important events for almost four years and some of these events were funded by Russian intelligence officers. Then, he was required to take pictures, film the event and all the participants present.
Then he collected information about the event and published it in the Lithuanian media. However, he also provided the data to the Russian FSB.

3. Lithuania has already punished several of its citizens who were found guilty of espionage

RFE/RL reports that Greicius is the grandson of Jonas and Marijona Greicius who helped save the Jews during the occupation of Nazi Germany in the 1940s. In fact, his family received the Righteous Among the Nations award for being willing to sacrifice their lives to save the Jews.
Meanwhile, since Russia annexed Crimea and supported separatist groups in the war in Ukraine. The former Soviet Union countries that directly bordered Russia began to worry about possible threats and invasions from the Eurasian country.
Lithuania, who feels threatened, has arrested and convicted several people who were found guilty of espionage for Russia or Belarus.
In addition, Lithuania was previously part of the Soviet Union for five decades after it was annexed in the 1940s. After breaking away, the Baltic country is now part of the European Union and NATO.