Israel's head of military logistics, Major General Yitzhak Turgeman, said Israeli troops would pass through a number of Arab-majority cities on their way to the battlefield. He alluded to lessons from the violence that took place in the Gaza Strip last May.
Ummatimes - The predominantly Muslim Arab community makes up one-fifth of Israel's population. Many identify themselves as Palestinian. Demonstrations against the invasion of Gaza prompted deadly confrontations between Arabs and police and Jews.
Turgeman said the Israeli military had since marked 1,600 kilometers of muddy trails that could be used as alternative roads in times of war. He will also set up anti-riot units to protect army convoys. 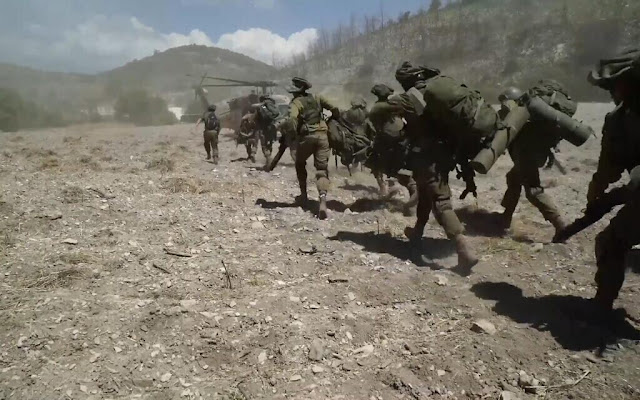 "I am very concerned about the impact of violent disturbances on internal security and the movement of convoys," Turgeman told the Maariv newspaper as quoted by Al Arabiya, Saturday (13/11).
He said currently large-scale troop deployments were not possible via Wadi Ara, a valley road between Arab cities that leads to northern Lebanon and Syria. "In times of war, the IDF (Israel Armed Forces) will do the right thing in bringing those units to the theater of combat as quickly as possible and we have enough alternatives," Turgeman said.
This statement came after a video spread on social media showing military vehicles moving towards Umm al-Fahm, an Arab city, during combat drills. The city issued an open letter condemning the military presence as "unacceptable and hurting the feelings of citizens".
Arab Israelis have long complained of discrimination and neglect by the state. Prime Minister Naftali Bennett, whose governing coalition includes an Islamist party, is trying to improve relations by cracking down on the crimes that plague the community.
Israel's Minister of Internal Security Omer Barlev said the police operation to seize firearms from Israel's Arab community was a protective measure in future military operations. "(If there is no such action, then in war) suddenly 100 armed Israeli Arabs take to the streets or arteries and hold a division for 48 hours which must be immediately deployed to the Lebanese border within 24 hours," Berlev said. Army Radio last month.