Myanmar military ensures Suu Kyi is not abused in prison

Myanmar military ensures Suu Kyi is not abused in prison

Myanmar's military has ensured that authorities do not carry out mistreatment of ousted de facto leader Aung San Suu Kyi. The 76-year-old has not been seen in public since a military coup in February.
Ummatimes - The military arrested Suu Kyi in a coup. He is being held in a prison whose location is undisclosed. In an interview with the BBC, Myanmar military spokesman Zaw Min Tun said Suu Kyi was receiving good treatment in prison.
"I mean we let him live with his own people in a house even though he is under house arrest. We try our best for him, what he wants or whatever he wants to eat," Zaw Min Tun said. , Tuesday (16/11).
Suu Kyi has been charged with violating an official colonial-era secrets law. He also faces charges of corruption and possession of an illegal walkie-talkie. On Tuesday, state media reported Suu Kyi was facing additional charges of electoral fraud related to the 2020 election, which Suu Kyi's party won by a landslide. 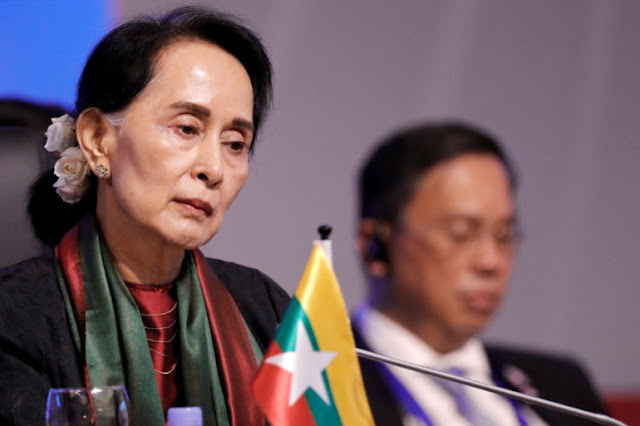 Zaw Min Tun also said authorities had released US journalist Danny Fenster. Fenster was released Monday, days after he was sentenced to 11 years in prison for violating immigration laws, breaking association laws and encouraging dissent against the military. He will also stand trial on further charges of sedition and terrorism.
Zaw Min Tun denied that the Myanmar military had been promised anything in return for Fenster's release. Last month, Myanmar's government said it would release more than 5,000 prisoners jailed for protesting against the military coup. According to the Association for Assistance to Political Prisoners, at least 7,291 people have been arrested, charged, or convicted since the coup.