The Supreme Court (MA) of India on Monday (15/11) ordered authorities to close offices in New Delhi and its surroundings. The policy was made because air pollution in New Delhi has reached a dangerous level.
Ummatimes - The shutdown forced millions of employees to work from home (WFH). The order was issued after the New Delhi city government took emergency measures on Saturday to close schools and office buildings for four days.
"We are directing the center and the states in the national capital region to implement WFH temporarily," said Supreme Court Chief NV Ramana, quoted by Reuters, Monday.
The Supreme Court also called for urgent measures to control agricultural waste fires in the states of Haryana, Punjab and Uttar Pradesh, which are neighbors of New Delhi. The fires were ignited by hundreds of thousands of farmers clearing land for the new planting season.
"We want action to address this issue," said Supreme Court Justice Surya Kant. 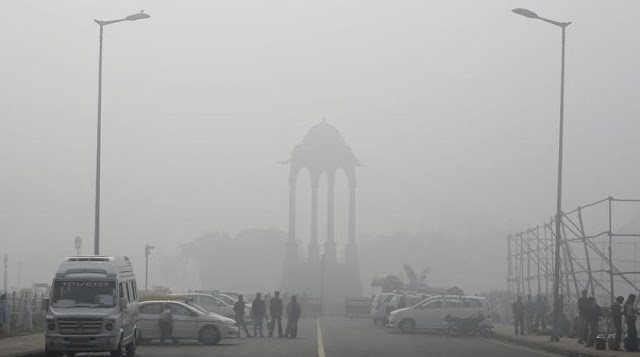 Although the Supreme Court did not set a deadline for the government to take action, the next hearing will discuss pollution issues on Wednesday. India's efforts to reduce the burning of agricultural waste, a source of air pollution during winter, have had little success, despite spending billions of rupees over the past four years. Delhi's air pollution index on Monday stood at 343 out of 500, a condition so severe that it can cause respiratory illness if exposed continuously.
India's capital experienced severe conditions at the end of last week when temperatures plunged and the index hit 499. The MA also ordered measures to stop non-essential vehicular traffic, cut industrial pollution and reduce dust.
Contributors to poor air quality in Delhi, often ranked as the world's most polluted capital city, include coal-fired factories on the outskirts of the city and open-air burning of waste.