Nobel Peace Prize laureate Malala Yousafzai announced her marriage on social media, Tuesday, November 9, 2021.
Ummatimes - The 24-year-old Pakistani woman, who lives in England, said she had married a man named only Asser in the English city of Birmingham and celebrated at home with their family.
"Today marks a precious day in my life. Asser and I made a promise to be a couple for life," he wrote on Twitter, adding four pictures to his post.
Her marriage came as a bit of a surprise because in July this year, Malala told British Vogue magazine that she wasn't sure if she would ever get married.
"I still don't understand why people have to get married. If you want to have someone in your life, why do you have to sign a marriage certificate, why not just partner?" he said as quoted in a long profile.
The comments drew criticism from many social media users in Pakistan at the time. 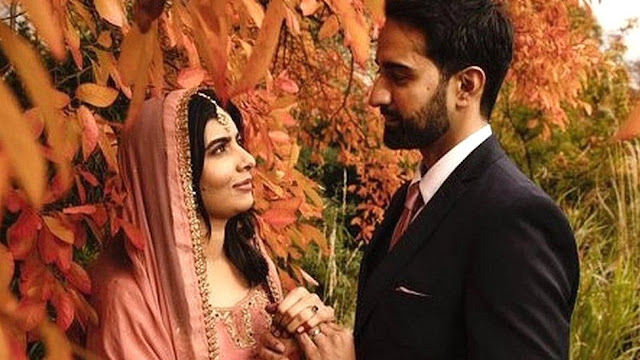 Malala did not provide any other information about her husband other than her first name. Internet users identified him as Asser Malik, general manager of the Pakistan Cricket Council Performance Center. Reuters could not confirm this.
Malala is respected in many parts of the world, especially in Western countries, for her personal courage and eloquence in advocating for the rights of girls and women. In Pakistan, his activities have divided public opinion.
He has been active in encouraging girls and women to have the same rights as men, making him a target for attacks. At the age of 15, he was shot by a Taliban gunman in his native Pakistan in 2012.