Palestinians flocked to give one-star reviews for Amazon and Google cloud services, Monday (29/11). Residents believe these services are being used by the Israeli government as a weapon of repression.
Ummatimes - Reporting from The New Arab, Tuesday (30/11), many sharp Google reviews were written on the occasion of #CyberMonday and the International Day of Solidarity for the Palestinian People. They explained how the cloud service allegedly facilitated arbitrary arrests by apartheid Israel.
Amazon and Google signed a more than $1 billion deal with the Israeli government in May to provide cloud services to the public and military sectors. This deal comes just after the 11-day bombing of Gaza in which 253 Palestinians, including 66 children, were killed. 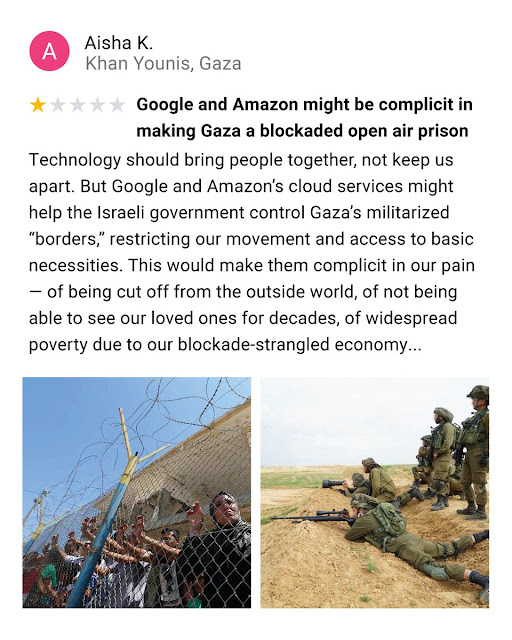 One review alleged the "Land of Israel Authority" used Amazon and Google's cloud services to forcibly expel Palestinians. "This is our home. We have nowhere else to go," wrote one-star resident Mariam.
Amazon and Google's Rp. 14 trillion deal with the Israeli government, named "Nimbus", is a multi-year project to "provide comprehensive solutions" for cloud services, according to Israel's finance ministry.
Because of this deal, about 1,000 Google and Amazon workers demanded the company terminate their contracts.
“The Israeli government can use this cloud technology to monitor and criminalize Palestinians, expand illegal Israeli settlements on Palestinian land, and incite more violence against Palestinians in Gaza,” the pro-Palestinian organization wrote on Instagram.