Peru's President, Pedro Castillo Terrones, intends to auction off the presidential plane. It was intended to increase social security funding for all Peruvians, including health and education.
Ummatimes - Since officially leading Peru in July, Castillo has carried out various policies with socialist elements. In fact, the left-wing president also inaugurated the second Agrarian Reform in early October.

1. Castillo reveals the sale of the plane at the 100th anniversary of his leadership

Castillo expressed his desire to sell the presidential plane during his 100-day presidency in Peru.
"I announced that we will sell the presidential plane and later use it for additional health and education funds," Castillo said on Wednesday (11/10/2021), quoted from Mercopress.
Not only that, Castillo is also planning to ban public officials from flying using first-class aircraft.
"I have seen that public officials get special privileges. For this, I will propose a regulation to prohibit all officials from flying first class planes. In government for the people, officials will travel like ordinary citizens in Peru," he said.
Through the event held in Ayachuco, Castillo announced that the government would start renegotiation regarding Peru's abundant natural gas.

2. Castillo announces an increase in the minimum wage in Peru

Then, he announced plans to raise the minimum wage from 930 soles to 1,000 soles from December 1.
He also said that face-to-face learning would resume in March 2022, coinciding with the new school year. Schools in Peru have been forced to close due to the COVID-19 pandemic since March 2020 and have been switched online.
The sale of the planes made by Castillo was used to finance health facilities that were heavily affected by the COVID-19 pandemic. As well as being used to pay off the state debt of the previous leadership.
The 52-year-old president revealed that the state debt involved 100 parties amounting to 7.4 million US dollars. Some of the debtors include international companies, including mining, aircraft, telecommunications, banking and retail outlets, quoted from Republic World.

3. The presidential plane being sold is old 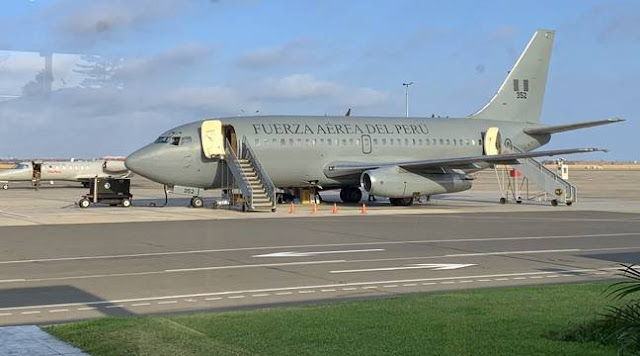 Selling an aging Boeing aircraft is not an easy matter. The reason is, the presidential plane has luxurious facilities and if it is remodeled into a commercial aircraft it will require a very large cost.
In fact, former President Alan Garcia in 2007, had already auctioned the plane twice, but ended in failure.
One of the reasons why the presidential plane was not successfully sold was its overvalued price, which amounted to US$18.5 million. On the other hand, the plane was also sold due to a party scandal involving Peruvian officials when they went to Spain.