Shooting of Palestinian children by Israel

Palestinian Prime Minister Mohammad Shtayyeh strongly condemned the fatal shooting of Palestinian child Mohammad Da'das, 15, by the Israeli occupation forces on Friday (5/11).
Ummatimes - The incident in Nablus described the incident as "structured state terrorism". Da'das was hit by a bullet in the stomach, and was rushed to the hospital. The doctor checked Da'das' condition and stated that the child's heartbeat had stopped. The child was declared dead shortly after admission to hospital.
Shtayyeh urged the international community and human rights organizations to intervene in ending Israel's ongoing human rights abuses.
The Palestinian Ministry of Foreign Affairs and Expatriates also condemned the killing, and held the Israeli government fully responsible for the crime and for its consequences. 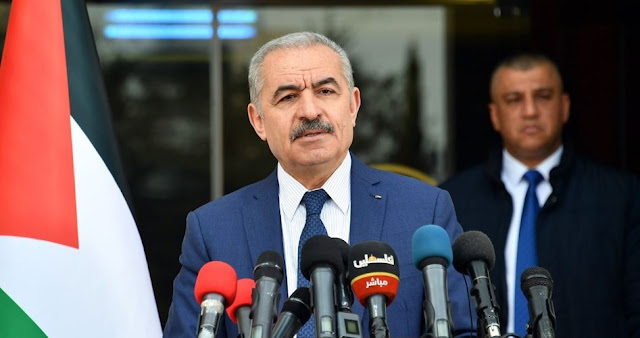 The Palestinian Ministry of Foreign Affairs and Expatriates considers the international community and UN agencies directly responsible for the consequences of the killing of Palestinian children to be silent and inaction against the crimes of the Israeli occupation.
The Palestinian Ministry of Foreign Affairs and Expatriates also demanded the International Criminal Court to immediately launch an investigation into this crime.
According to Defense for Children International, at least 12 Palestinian children were shot and killed by Israeli occupation forces in the occupied West Bank since the beginning of the year and until August 25.
Meanwhile, a series of acts of Zionist hostility towards Palestinians in various parts of the occupied lands and territories are still ongoing. According to the report, reported by Mehr News, Wednesday (3/11), fierce clashes broke out between Palestinians and Israeli troops, following the brutal incursion of the Zionist forces into the West Bank.
As a result, 11 Palestinians were detained without any charges. Meanwhile, the Joint Chamber of Palestinian Resistance Groups recently condemned the crimes of the Zionist regime in the occupied lands and territories as well as in the West Bank.
The Joint Chamber of Palestinian Resistance Groups said in a statement they were monitoring ongoing events in Palestine. Also attempts by Israeli regime officials to impose new conditions on Palestine.
The statement also said that the Zionist regime's crimes at this level are dangerous and require a strong response. The Israeli regime is responsible for the dire consequences of its crimes against Palestinians in the occupied lands and the West Bank.
"We will not allow the Zionists to commit new crimes. Instead of paying the fees for their past crimes, they are now committing new crimes against Palestinians," the statement added.