British authorities have arrested three men under the Terrorism Act after a taxi exploded outside a hospital in Liverpool. The explosion killed one person and injured another.
Ummatimes - England's North West Police said three men aged 21, 26 and 29 were arrested in Kensington, Liverpool. On Twitter, Manchester Police said the arrests were made hours after a car was reported to have exploded at Liverpool's Women's Hospital.
Authorities said the investigation was still ongoing. In a press release, Merseyside Police said officers received reports of an explosion on Sunday (14/11) at 10:59 a.m.
"As far as we understand at this time the car involved was a taxi that stopped in front of the hospital before it exploded," the Merseyside Police Department said.
"The investigation into what happened is still ongoing and it will take some time before we are in a position to confirm everything," police added.
Authorities confirmed one person died in the blast while a second victim was taken to a nearby hospital. Police added that the second victim's injuries were not life threatening. 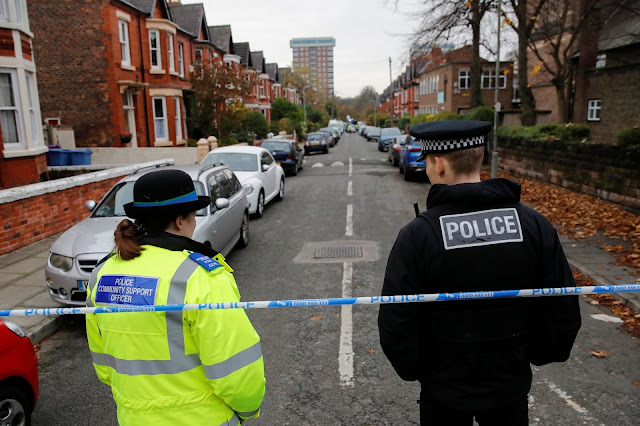 UK Home Secretary Priti Patel said she was being kept updated on the explosion. "Our police and emergency services are working hard to find out what happened and they should be given the time and space to do so," Patel tweeted.
Manchester Police said most of Liverpool's Rutland Avenue had been closed for investigation. They added as a precaution some addresses have been moved.
In a statement to residents, Police Chief Serena Kennedy said while explosions were a cause for concern, such incidents were "very rare". He asked the public not to speculate about what happened.
"Police presence on the streets of Merseyside is also increasing and becoming more visible. I ask the public to engage with my officers and raise any concerns they may have. We are trying to get the latest news out of our community as quickly as possible," Kennedy said.
Prime Minister Boris Johnson offered his condolences to the victims of the 'horrific incident that occurred in Liverpool'. Liverpool Mayor Joanne Anderson said the blast was "shaking and upsetting".
Merseyside Police said Counter-Terrorism Police would lead the investigation. "Until this stage this incident has not been declared an act of terrorism although counter-terrorist detectives are taking a careful lead as we try to understand the background of the explosion," the police said.