Mako Komuro, former Princess of the Japanese Empire on Sunday, November 14, 2021, left Japan with her husband to start a new life in the United States. Mako has given up her peerage after deciding to marry Kei Komuro who comes from a non-imperial family last month.
Ummatimes - Mako, 30, and Kei, 30, are college friends. The newlywed couple on Sunday, November 14, 2021, walked through a crowd of reporters waiting for them at Haneda International Airport. Mako and Kei fly to New York on an ANA plane.
The Japanese public, who supported the couple, waved their hands as a sign of farewell as the plane they were traveling in left the airport. 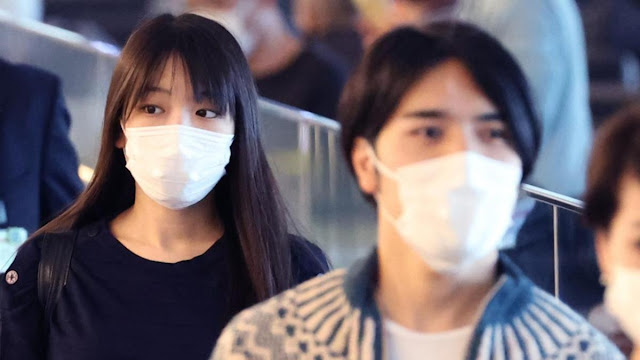 Mako and Kei's marriage has attracted the attention of the Japanese public, due to gender roles and media coverage of the life of the Japanese imperial family. Mako was diagnosed with post-traumatic stress disorder this year after her engagement was disrupted by a money scandal.
Mako is the daughter of Crown Prince Akishino and Princess Kiko. For the first time, he had a passport so he could accompany Kei to New York. In Abang Sam's country, Kei works at a law firm.