The Attorney General of Ecuador on Friday, November 12, 2021, through a regional court froze the accounts of businessmen and former government officials, including former President Rafael Correa and several former officials in his government.
Ummatimes - Correa and 19 others, including a former vice president who is currently in prison on corruption charges, are accused of accepting bribes of USD 7.7 million (Rp 106 billion) as a form of public service development contracts. The illicit money was then used to fund the campaign of the party, which was led by Correa in 2012-2016.
In addition to prison sentences, those guilty were also ordered to pay a total fine of USD 14.7 million or as money to improve the country. The amount of money that must be paid by the convict varies. 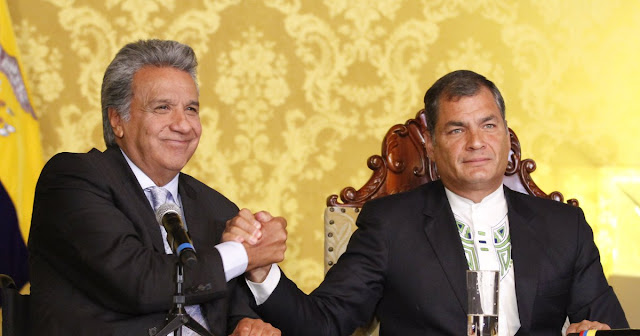 Correa ruled Ecuador from 2007 – 2017. In 2020, he was sentenced to 8 years in prison by a judge, but he is currently living in Belgium since he left office as President of Ecuador four years ago.
Correa, 58, also has pending legal obligations for the alleged kidnapping of an opposition politician. He has been banned from politics for 25 years.
Lawyers for former President Correa declined to comment. Correa denies all the accusations leveled against him, calling it an attack by former President Lenin Moreno.