Qatar and Egypt Agree to Supply Fuel to the Gaza StripZ

Qatar and Egypt Agree to Supply Fuel to the Gaza StripZ

Qatar and Egypt have signed an agreement to supply fuel oil (BBM) and building materials to the Gaza Strip. This was announced by Qatari Foreign Minister Soltan bin Saad Al-Muraikhi while attending a ministerial meeting of the Ad Hoc Liaison Committee (AHLC), an international donor group for Palestine in Oslo, Norway.
"He (Muraikhi) emphasized that these joint collaborative efforts will contribute to improving living conditions (in Gaza)," Qatar's Foreign Ministry said in a statement on Wednesday (17/11), quoted by the Al Arabiya website.
Ummatimes - On May 10-21, the Hamas group, which controls the Gaza Strip, was involved in a battle with Israel. The war ravaged the Gaza Strip. About 2,200 houses were destroyed and 37,000 other buildings were damaged. Palestinian officials say that during the 11-day conflict 250 Gazans, including 66 children, were killed in Israeli air strikes. Meanwhile, Israel reported 13 fatalities as a result of Hamas attacks, including two children. 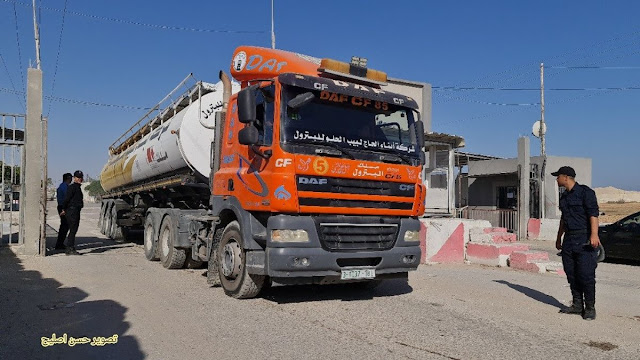 After a ceasefire was reached on May 21 thanks to Egyptian assistance, access to reconstruction funds and materials has become a key demand of Hamas. Israel limits the building materials to be sent to the Gaza Strip. Tel Aviv argues that Hamas uses these materials to make weapons and carry out attacks.
But following agreements with the United Nations and Qatar, Israel allowed financial aid from the Gulf state into Gaza. Officials in Gaza estimate it will cost $479 million to rebuild homes and other infrastructure damaged by fighting in May. Qatar and Egypt have each pledged $500 million in aid for the reconstruction of Gaza.