Around 29,000 civil servants in Malaysia will face disciplinary action because they have not been vaccinated. This was stated by the Minister of the Interior of the Department of the Prime Minister of Malaysia who is responsible for the special function of Abdul Latiff Ahmad.
Ummatimes - Abdul said that disciplinary action will be taken, including warnings, freezing promotions and cutting salaries. Based on data from the Center for Infectious Diseases under the Department of Public Services (PSD), civil servants who have not been vaccinated because they refuse or have not received the Corona vaccine.
"There are procedures that must be followed before disciplinary action can be taken. This includes the issuance of a letter of demand by the head of the service to civil servants who are given 21 days to respond," Abdul told The Star. 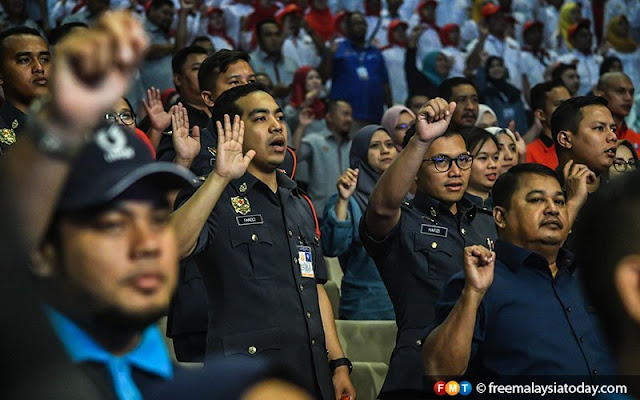 If the reasons given by an unvaccinated civil servant are found to be unsatisfactory, then he or she will be referred to the department's disciplinary committee for a domestic investigation before further action is taken. The Star report also writes that civil servants who cannot be vaccinated due to health complications must submit medical statements from government officials to their department heads.
Last month, Bernama reported that civil servants in federal government departments could face disciplinary action if they were not vaccinated against the coronavirus. This is a new policy that took effect November.
The PSD had previously issued a statement on September 30 announcing that all civil servants must be fully vaccinated against Corona by November 1.
On Wednesday, the Malay Mail quoted Minister Abdul Latiff, as saying that no disciplinary action had been taken 10 days after the mandate came into effect.