The Saudi Arabian Foreign Ministry condemned the cowardly terrorist act targeting Iraqi Prime Minister (PM) Mustafa al-Kadhimi. The Kingdom affirms its support for the Iraqi government and people.
"The Ministry of Foreign Affairs has expressed its strong condemnation of Saudi Arabia for its cowardly terrorist act targeting the Prime Minister of Iraq," said a statement.
"The Kingdom is united with Iraq, its government, and its people in the face of all terrorists who are trying in vain to prevent Iraq from restoring [its role], consolidating its security and stability, and promoting its prosperity and development," the statement added.
Ummatimes - The Iraqi prime minister was targeted in a failed assassination attempt after an explosives-laden drone hit his Baghdad residence, the Iraqi military said early Sunday. Kadhimi said he was unharmed and called on all parties to calm down and exercise restraint after the drone attack on his residence as political tensions rise in the country. 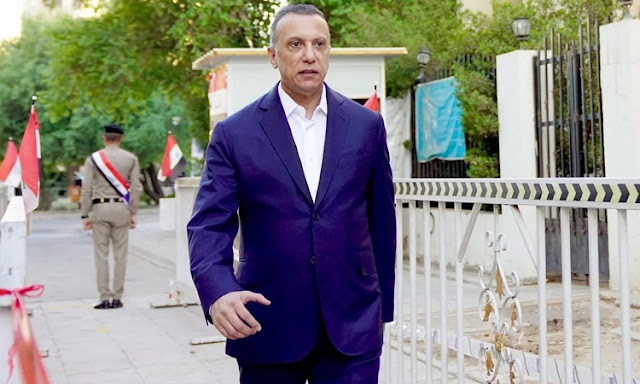 Kadhimi called for calm in a post on Twitter. "I'm fine, thank God, and I call on everyone to calm down and exercise restraint for the good of Iraq," he said.
The attack in Baghdad's Green Zone was the first to target the residence of Kadhimi, who has been in power since May 2020. It comes as Iraqi political parties clash over who will run the next government after last month's election.