Saudi forces in Yemen withdrew from the main military base in the Burayqah district of the southern port city of Aden. They moved troops, hardware and heavy artillery.
Ummatimes - According to Reuters sources, some troops and equipment were loaded on warships in the port of Aden, while others flew in from the city's airport. A long Saudi royal military convoy was seen on Tuesday heading from the Burayqah military base to the port of Aden, witnesses said.
The spokesman for the Saudi-led coalition, General Turki al-Malki, told Reuters that reports circulating about the Saudi military withdrawal from southern Yemen were "untrue and baseless". 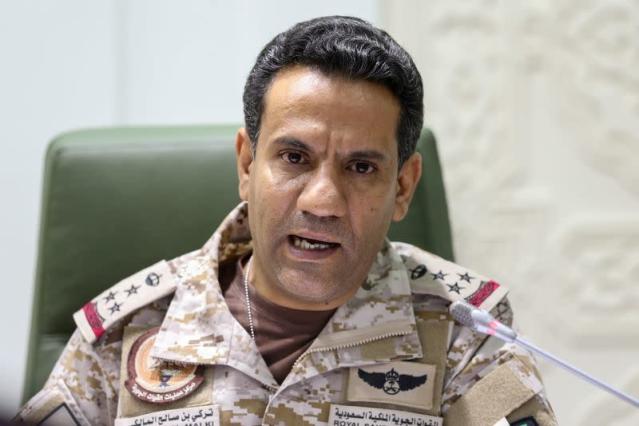 According to him, the coalition forces to fight the Iran-backed Houthi group were only moved according to strategy.
"The movement and redeployment of troops based on operational and tactical assessments is a standard operation in all military forces worldwide", said General Malki, as broadcast Thursday, November 11, 2021.
The new Saudi troop withdrawal follows intense diplomacy from the United States and the United Nations to end a seven-year conflict that has killed tens of thousands and put millions at risk of starvation.
US envoy to Yemen Timothy Lenderking visited Riyadh this week as Washington pressured Saudi Arabia to lift a blockade on Houthi-held ports, a condition the Iran-aligned group had to start truce talks.
But Riyadh first wanted US weapons to help the kingdom strengthen its defense systems after the Houthi attacks on its territory with drones and ballistic missiles.
The US State Department approved its first major arms sale to Saudi Arabia under President Joe Biden with the sale of 280 air-to-air missiles worth up to $650 million, the Pentagon said last week.
Late Wednesday, large explosions were heard in the capital Sanaa following air strikes by coalition warplanes, residents said. This follows several ballistic missiles fired by the Houthis in the southern Saudi region and the Yemeni provinces of Marib and Taiz, a Houthi military spokesman said.
The ambassadors of the five permanent members of the Security Council also held a meeting with the Saudi ambassador to Yemen, Mohammed Al-Jaber, where they stressed the need for de-escalation, including an immediate end to hostilities in the Marib region.
"All Yemeni parties must engage in sincere dialogue to reach a comprehensive political solution to end the crisis in Yemen and alleviate the humanitarian suffering of its people," said a statement issued after the meeting.
A coalition led by Saudi Arabia and the United Arab Emirates (UAE) intervened in Yemen in 2015 after Houthi forces ousted the internationally recognized government from the capital, Sanaa.
The UAE has been reducing its military presence in the country since 2019.