The Saudi-led coalition in Yemen said Monday it had thwarted an attack by the Houthi rebels with a bomb-laden boat in the Red Sea. Citing the coalition statement, Saudi news agency SPA said the ship was destroyed off the coast of the western Yemeni city of al-Hudaydah.
Ummatimes - The statement said the bomb-laden ship was ready to carry out an immediate enemy attack off the coast of al-Hudaydah. "The Houthi militia continues to violate the Stockholm ceasefire agreement in al-Hudaydah province," the coalition said.
In December 2018, representatives of the Yemeni government and Houthi leaders held UN-brokered talks in Stockholm that resulted in a ceasefire agreement and a prisoner swap in al-Hudaydah.
The Saudi-led coalition warned that the Houthi actions pose a threat to shipping and world trade routes that pass through the strategic Bab el-Mendeb strait and the Red Sea. 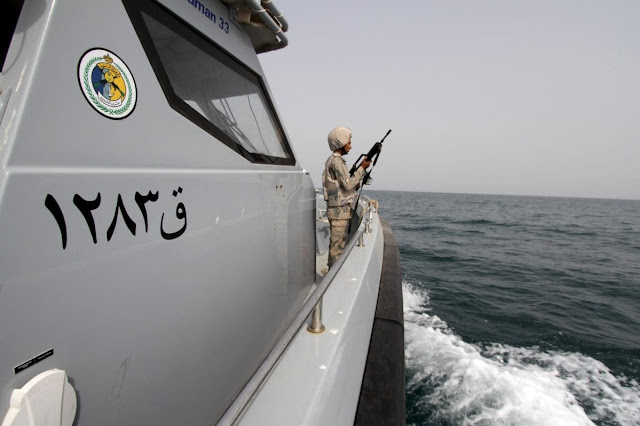 Until this news was written there was no direct comment from the Houthi group on the coalition's statement. On Monday morning, the Saudi-led coalition also said it had destroyed a Houthi drone that was fired at Saudi territory.
The Iran-backed Houthi rebels frequently announce rocket, drone and ship attacks on Saudi targets, saying they are a reaction to the Saudi-led coalition's attacks on Yemen.
Yemen has been beset by violence and chaos since 2014, when Houthi rebels overran much of the country, including the capital, Sanaa.
The crisis escalated in 2015 when the Saudi-led coalition launched a devastating air operation to restore territory captured by the Houthis. According to the United Nations Office for the Coordination of Humanitarian Affairs, the conflict has claimed more than 233,000 lives.