Belong Inc. a Japanese company that specializes in selling used cell phones has a sizable market and great profit potential in the future.
Ummatimes - Belong Inc. the company whose shares are 100% owned by Itochu Corporation (including indirect ownership) was established in February 2019.
"This company is doing well. Since 2019 was founded for one year, sales in 2020 increased by about 400 percent compared to the previous year. The demand for the used mobile phone market in Japan is very potential," said CEO of Belong Inc. Daisuke Inoue (8/11/2021).
Daisuke Inoue has other rival companies that sell mobile phones, but he sees more as complementary to each other because they have different markets and consumer groups.
So that the company's consumer market can still develop better. 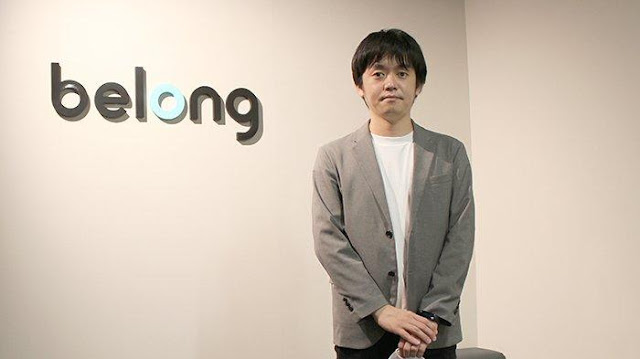 Inoue, who claimed to have visited Indonesia back and forth, was previously assigned to business development by Itochu Corporation, for business financial matters to strengthen his head office in traveling to Indonesia before establishing the Belong Inc.
"Indonesia is progressing rapidly, a good market, interesting for further attention."
However, for the sale of used cellphones, Inoue hopes that the Indonesian government can open its rules to allow the import of used cellphones to Indonesia.
The price of used cellphones in Japan is very good and many people who live in Japan are coveted.
Belong Inc. see the potential well and adapt to the market for selling used cellphones and divide the condition of each cellphone into three levels, A, B and C (lowest quality).
"Of course, all qualities are fully explained and we only sell used phones that are still good," he added.
How about the battery?
"We bought it from the person who sold it, polished it well, then resold it with the same battery, no replacement whatsoever. Of course we explained the old battery's strength in detail, everything was explained in detail so there was no misunderstanding for the buyer."
Likewise for Apple ID, Japan generally uses an iPhone (Apple), it will only be accepted if the owner has logged out of the Apple ID.
"We don't want to buy a used cellphone if that's the case, we don't log out the Apple ID. Anticipate stolen cellphones with various security measures," he added.
Thus the used goods being sold are legitimate and belong to a clear person, made good, then resold with a complete explanation.
Including displaying 360-degree photos from various sides of the cellphone, all potential buyers can see the goods being sold via the internet.
"All through the internet. Purchases get a one year warranty and everything is explained via email to the buyer including the 1 year guarantee."
Internet payment using a credit card, and after payment is complete, the goods are sent to the buyer. Explanations are all done via the internet and email.
"Earlier in 2019 we made several language versions, but now it's abolished, only Japanese is available for the Japanese domestic market. While purchases outside Japan are supported by Itochu subsidiaries that exist in various countries and are carried out on a BtoB basis, no individual ."
In the future, it will be reconsidered to make the site in English so that foreigners who are in Japan and want to buy can still buy it even though they don't understand Japanese. Unfortunately, the site is currently only available in Japanese.
Inoue (33) also sees the possibility of selling used computers in the future.
"We first focus on selling used cellphones, which are still a good market in Japan at the moment. Then maybe we will also sell used computers in the future," he added.
The used cellphones that he sells are all unlocked, so that buyers can use them freely, just insert the sim card into the cellphone purchased and can be used immediately.
Many people buy used cellphones as a result of staying at home in the long term in anticipation of the corona virus.
Not a few also become Youtubers suddenly, so they need another cellphone and a used cellphone to buy because the price is much cheaper than buying a new one.
Staying at home also results in more and more use of cell phones to watch TV. For example, when taking a bath while bathing, so that people buy used cellphones.
Not to mention that in the use of zoom, there are also many who use used cellphones, in addition to personal cellphones that are used.
"I see the used cell phone market will be even better in the future and there is a lot of potential for further development."