Sharks and seahorses found living in the Thames, England

Sharks and seahorses found living in the Thames, England

Sharks, seahorses, eels and seals have been found living in the Thames, according to a study. The State of the Thames report, led by the Zoological Society London (ZSL) highlights a number of changes that have occurred since the river flowing through several British cities was declared "biologically dead" in 1957.
The Thames, which stretches for 346 kilometers, including through London, is the second longest river in the United Kingdom after the Severn River. 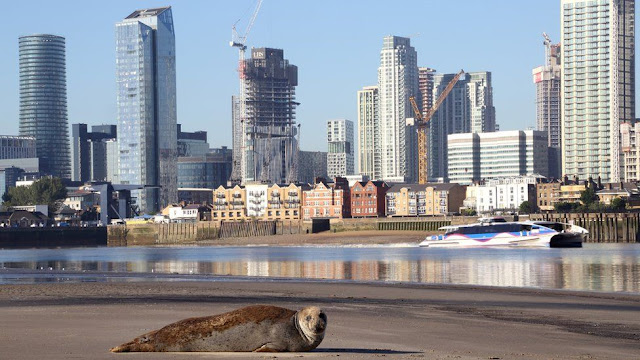 In the 1990s, the condition of the biota of birds, marine mammals, and natural habitats in the river is known to improve.
Even so, the number of fish species found in the tidal area of the Thames showed a slight reduction, experts said.
Conservation scientists say more research is needed to determine the cause.